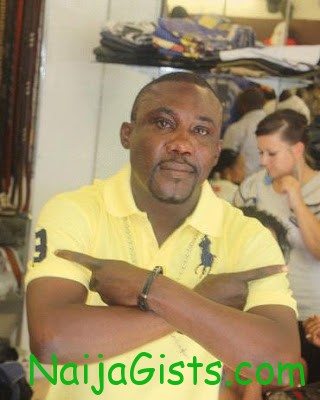 As at the time of this report, we’re not sure exactly what killed him

‘He was very Okay’.  ‘He even performed on Friday and came home yesterday. He woke up around 4:30am today, he complained of cold, and asked to have some warm water to bathe with.’

‘He went into the bathroom, but came out without having his bath. The he sat on the bed ans started breathing hard’. Sarolaj said

Sunny T was immediately rushed to Ikeja General Hospital where doctors attended to him before he died.

Sunny T Adesokan is in his late 40’s. He is based in London,UK.

He is survived by his wife and kids.

To those who do not know him, he is an Igbo man who sang Omo Ina To nko Fuji . Below is a video of him