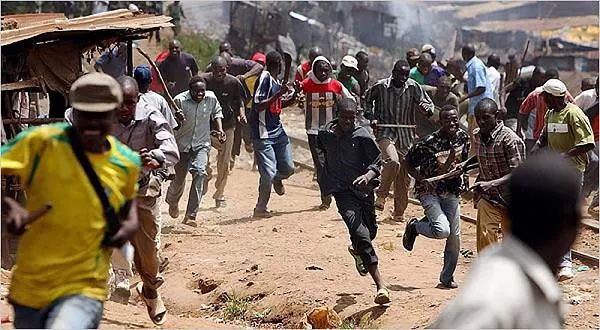 The recurring issue of clashes between Fulani herdsmen and farmers in some parts of Nigeria remains one of the major threats to food security in the country. The recent abduction of former Minister of Finance, Chief Olu Falae, purportedly by Fulani herdsmen with whom he was reported to have been having squabbles over farm issue, has once again brought to the fore concerns over constant hostility between

Fulani herdsmen and farmers across the country. Sadly, this perennial feud could have serious implication for food security in the country. Just recently, an alarm was raised on how the encroachment of farmlands by herds of cattle will, in no small measure, affect the output of crops coming from the north; the region relied mainly upon for the provision of foodstuffs and fruits in the country.

In Jigawa State alone, more than 70 cases of conflicts have been recorded since the beginning of the 2015 farming season. These cases bordered on encroachment into farms by cattle and farmers’ misuse of cattle routes. The situation is not different in Nasarawa and Benue States, the food baskets of the nation as Fulani herdsmen persistently engage farmers in feuds that often result in serious causalities on both sides. While farmers accuse the herdsmen of farm land encroachment, the latter blame the farmers and members of their communities for rustling of their cattle.

In time past, herdsmen and their farmers used to have a reasonably symbiotic relationship. While the cattle served as means of transportation for daily goods as well as manure to fertilize the fields for farmers; the herdsmen in turn obtained grains and other farm produce from the farmers. But later, as the expansion of farming activities, which invariably led to a huge demand for farmlands, drastically reduced supply of grazing land, flocks of cattle frequently encroached upon already cultivated fields to the chagrin of farmers. This, indeed, is a major source of unending friction between the two. Unfortunately, the friction, if not properly checked could have adverse effect on food security in the country.

However, pastoralists and agriculturalists conflicts are not the only challenges affecting crop outputs and the provision of food security in the country, other factors include environmental degradation in form of soil erosion and overgrazing; climate change (which has caused shifting weather patterns is increasingly viewed as a current and future cause of hunger and poverty because it leads to increasing drought), flooding, and changing climatic patterns requiring a shift in crops and farming practices that may not be easily accomplished.

The United Nations Food and Agriculture Organization estimates that about 805 million people of the 7.3 billion people in the world, representing a ratio one in nine, suffered from chronic undernourishment in 2012-2014. Among all the hungry people, 791 million live in developing countries, representing 13.5 percent, or one in eight, of the population of developing counties.

Another key issue is the future of industrialization and higher standards of living. The springing up more industries to cater for the growing population of white- collar job seekers affects provision of food for the people. The lands hitherto used for agriculture are being sold to give way for these industries. And often, these lands contain trees- usually felled- needed to boost the oxygenation of the environment as well as produce both food and cash crops.

Another critical issue is the attitude of young people to agriculture. Commonly tagged dirty and not a money spinning occupation, most young people abhor farming. This is because it does not bring immediate financial returns compared to other jobs such as banking and working in oil servicing firms. There is mass migration of young school leavers from the rural communities to the cities, thereby leaving behind old and tired hands to engage in farming. Another major obstacle to sustaining food security in the country is the communication gap between the farmers and policy implementers. In most cases, the policy implementers do not really carry the farmers along in the process of policy implementation. This, perhaps, is responsible for the inability of subsidized fertilizers and loans from the government and its agencies to get to the real farmers who are in dire need of it.

But as daunting as these challenges may appear, the country has options to address them. In the case of farmer-herder violence, the Buhari administration should creatively strategise with stakeholders to find a lasting solution to the problem. One thing that can be done to reduce the tension is for the federal government to establish grazing zones across the country for the Fulani herdsmen. Once this is done, government should ensure that the herdsmen strictly comply with the grazing zone arrangement. This would, no doubt, greatly reduce friction over land resources. Equally, the Federal Government should take steps to dismantle the armed cattle rustling rings reportedly wreaking havoc in the northern part of the country.

Additionally, governments at all levels should encourage young and unemployed school leavers to embrace farming through the provision of lands, seedlings, mechanized infrastructure and easy access to loan. The Lagos State government is already doing something in this positive direction as it has empowered young rice farmers with inputs ranging from land preparation, seeds and fertilizer provision as well as access to irrigation. Equally, in order to boost productivity, farmers in parts of the country where scarcity of rain is usually experienced should embrace micro- irrigation. This technology enables farmers to enjoy water supply all year round and essentially efficiently irrigate, grow crops and boost their farming income and outcome.

It is gratifying to note that grand efforts are already being put in place to boost food security in the country. Recently, the Nigeria Agribusiness Group committed a sum of N360 billion to assist small – holder farmers to boost agriculture in 22 states.

According to the Permanent Secretary, Federal Ministry of Agriculture and Rural Development, Sonny Echono, this investment will create jobs for youths, women, and lift millions of farmers out of poverty. If loans such as this are judiciously disbursed and used, it will in no small measure ensure food security in Nigeria. It is, however, important that all stakeholders rise up to the occasion by ensuring that more resources are committed into the agriculture sector.

If we must boost food security in the country, this is the time to stop paying lip services to the issue of agriculture and walk the talk.

About the author: Bakare is of the Features Unit, Lagos State Ministry of Information & Strategy, Alausa, Ikeja.