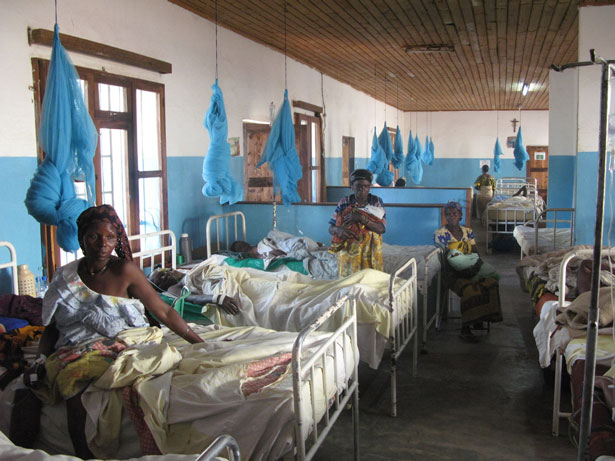 A Lagos-based contractor has been arrested and charged for abandoning his pregnant lover in hospital.

The 35-year-old contractor identified as Idowu Mutairu, a resident of 2 Odugbemi St., Oworonshoki in Lagos, is standing trial on a three-count charge of failure to supply necessities, desertion of a pregnant woman and child.

The Magistrate, Mrs Sule Amzat granted the accused bail in the sum of N20,000 with two reliable sureties who must be employed and have verifiable addresses.

Earlier, the prosecutor, Sgt Ihiehie Lucky had told the court that the accused had committed the offence on July 12, 2015.

He said that Mrs Olagunju Modupe, a trader, reported the case at the Oworonshoki Police Station on the same date.

Lucky said that the complainant told the police that the accused had impregnated her sister, Oladipupo Abiodun and abandoned her in hospital without providing her with the necessities she needed.

“Her sister was delivered of a baby boy on July 12 through a caesarian operation at St. Daniel Hospital, Oworonshoki.
“The bill for the operation and other medical expenses accumulated to N219,900.
“He only gave N5,000 out of the money and abandoned the woman and her baby in the hospital,” the prosecutor informed the court.

Lucky also told the court that the accused had failed to contribute to the maternity cost incurred, from Antenatal to Post-natal stage.
He therefore prayed the court to order the accused to defray part of the cost incurred by the woman during her stay in hospital.
The prosecutor said although part of the money had been paid by the wife’s family, they still owe the hospital.

He said the offences contravened sections 245, 277(1) and 276 of the Criminal Law of Lagos, 2011.
The News Agency of Nigeria (NAN) reports that if found guilty, the first offence attracts a punishment of two years imprisonment, while the second and third offences attract a fine of N100,000 and N45,000 respectively.
The Magistrate adjourned the case till October 12.