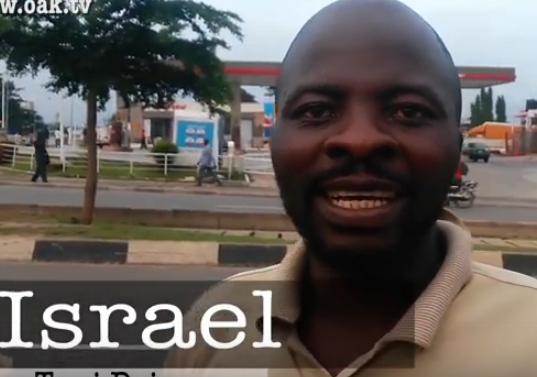 Check out the full video of a gay prostitute who was almost lynched for seducing a taxi driver and soliciting for sex in Abuja yesterday.

According to the taxi driver named Israel, the gay passenger who requested to sit in front at some point started touching him seductively.

He managed to drive him to a Total Filing station in Wuze Zone 4 before calling a huge crowd on him.

While the gay guy was about to the lynched, police came and took him away. 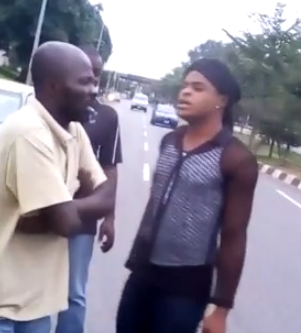 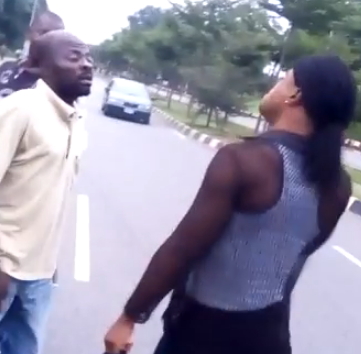 As he was being whisked away, he vowed that his connection with powerful politicians will lead to his freedom.