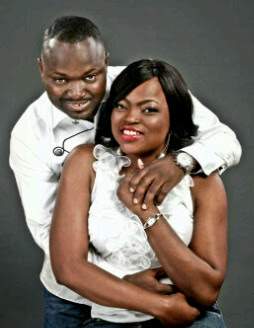 After weeks of silence over her broken marriage, Nollywood star actress Funke Akindele has finally opened up at length on why she called her marital relationship of one year quit.

As we are all aware that the actress married a polygamist, Mr Kehinde Oloyede popularly called Almaroof in May 2012.

In this recent with E-24 Magazine, the actress said she went through hell and back in the hand of her lover man.

Funke Akindele said she suffered emotional and verbal abuse in the hand of the Mushin big boy who is already married to two other women with six children.

Jenifa has never opened up this way before.

It’s a shock that she is granting this interview after her hubby took her case to Encomium Magazine to tell the whole world he is the one who sponsored the wealthy actress.

Check out Jenifa’s confession below;

“ That place is not for me, I have been through hell and back. I was abused emotionally and verbally. Really, I felt we could work things out when the trouble started two months after the marriage. But I made up my mind and shut the door of the marriage at him when the trouble was coming to me too much.

“I stooped to conquer him; buried my fame and name to make him my husband, but it did not work. At a point in time, I asked if it’s not the same man that was all over me before we married. He nearly got me off my career. He called me severally; I did not pick his calls but when he realized my silence was tormenting him, he took to Facebook. It’s alright,” Funke opened up.

Continuing Jenifa said, “Ask him when did he come to my house last? He left me here in my rented apartment with nothing and he will just dash in and dash out. He gets abusive, caustic anytime we have a misunderstanding and often told me to my face, he’s going to his wife in Oshodi. He sent me SMS that he has seen a buyer for his house at Adeniyi Jones for N40million. He asked me if he should sell it and that if he does, he will buy me a new car and a rent me a new apartment.

“Why now? I don’t need all that, I want my sanity. I respect him to the end but he chose to treat me that way. He said he wanted to clip my wings. After Funke ignored him, he sent her another text abusing her and calling her names. So you can see that he does not mean well for me,” – The actress ended.

Funke Akindele’s fans were surprised that her husband was the first person to reveal the crack in their marriage on Facebook few weeks ago when he said marrying her was the greatest mistake of his life.

The actress said her ex-hubby did that after she refused to pick his calls.

What else do you expect from a polygamist who has 6 children and several concubines?

May God see her through this trying period.