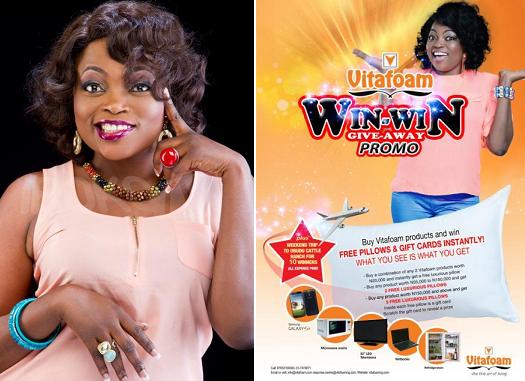 After losing her Samsung deal to fellow actress Kate Hensaw, the comic actress has just signed a multi-million naira deal as the new face of vitafoam.

She is their new brand ambassador.

Singer Ayo Balogun (Wizkid) revealed this in a congratulatory tweet to the actress this morning.