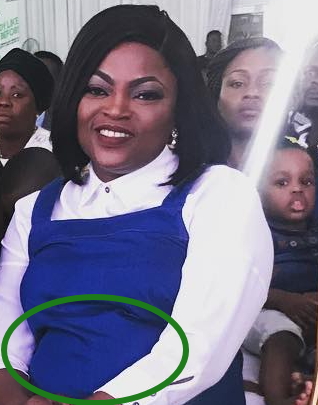 At last Nollywood actress Funke Akindele has unveiled her beautiful baby bump. The actress who will clock 41 in few days time was seen shining on Sunday as she rocked her growing baby bump on stage at the ongoing Glo Lafta Fest that held in Festac Lagos.

The actress just confirmed the report that she is expecting her first child with her husband Rasheed Bello aka JJC Skill.

Check out her video and photos below 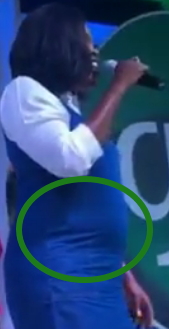 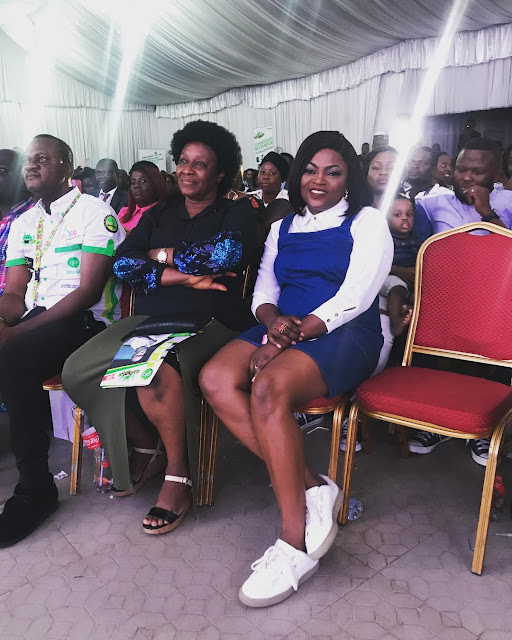 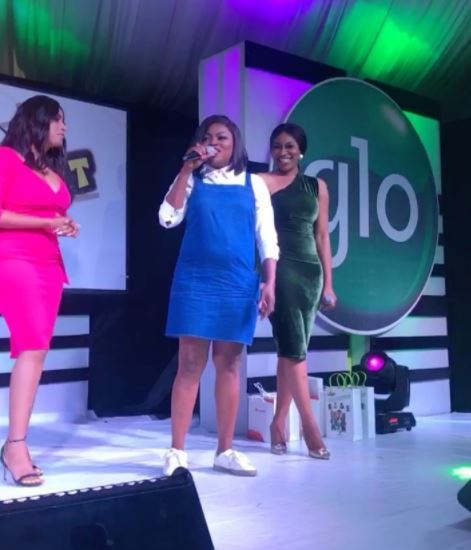 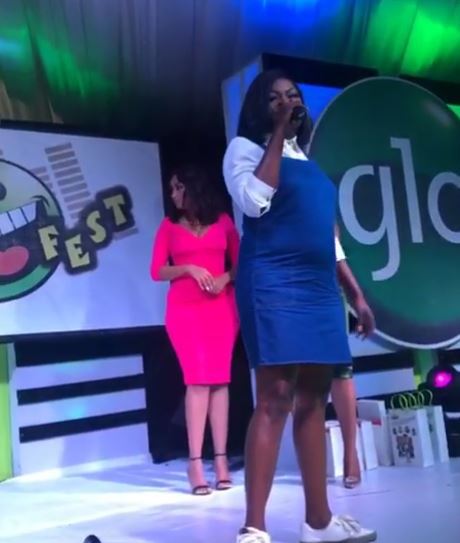 She is so beautiful. Congrats to her.