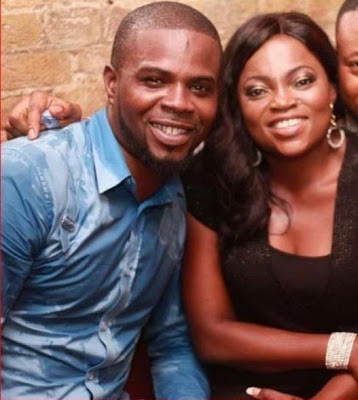 If the story making the rounds in Nollywood is anything to go by, Funke Akindele might be heading to the altar very soon.

According to Nollywood insiders, Funke Akindele reportedly got a surprise proposal while filming her TV drama series recently.

JJC who has never been married is fathering 3 children with different women while Funke Akindele’s wedding to Lagos-based socialite Kehinde Almaroof crashed 14 months after their wedding in 2012.

Dating rumours have been trailing both Funke and JJC in recent months but they have brushed it aside claiming what they have is a mere working relationship.

This past year, JJC was linked with Nollywood actress Kate Henshaw.