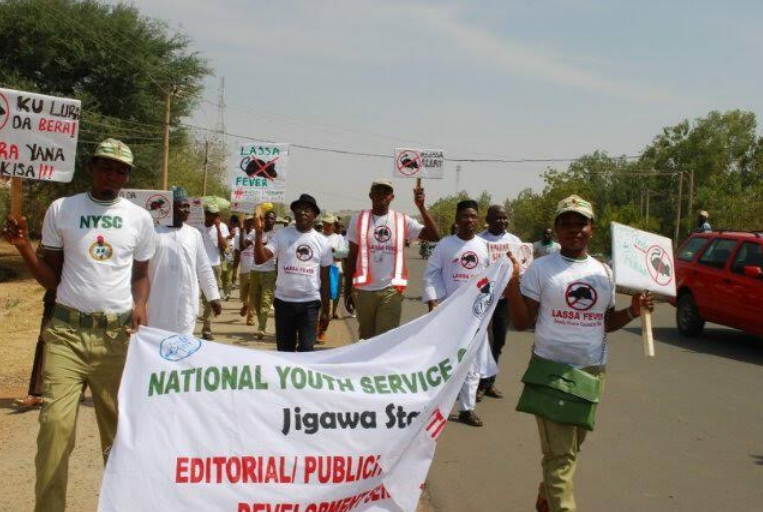 Lassa fever, a deadly illness transmitted by infected mystomic rats is an acute viral infection associated with high fever caused by Lassa virus. With the current outbreak of Lassa virus in Nigeria and its rapid spread within many states, governments has stepped up effort at curbing the spread of the virus through Radio/TV programmes, Print and online media, as well as workshops.

The event which was flagged-off by the NYSC State Coordinator, Mr. Michael Amolo at the Dutse Ultra Modern Market, Dutse, Jigawa State, had in attendance market men and women, dignitaries of the NYSC State Secretariat, Corps Members, and Men of the Federal Road Safety Corps, Band CDS, and representatives of the market authority.

Speaking during the flag-off, the NYSC State Coordinator, Mr. Michael Amolo said that he was satisfied with the effort of the Youth Corps Members towards sensitizing its host community on the spread of the deadly virus. He admonished the market men/women and the general public to maintain good hygiene by keeping their environments clean and free from rodents. He advised the people against exposing their food to rodents, and to avoid contacts with rats or persons suspected of contacting the deadly virus. 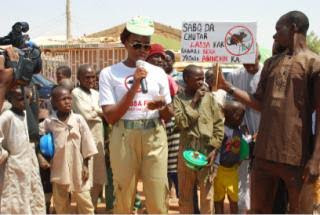 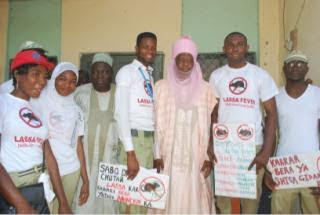 He further stressed the need to report any suspected case to the nearest health facility.

Mr. Amolo thanked men of the Federal Road Safety Corps for ensuring the safety of Corps Members during the road procession, representatives of the market union and everyone who saw to the success of the event. Accordingly, the President of the Editorial and Publicity Community Development Service Group, Miss Ruth Oyeyemi while presenting her remark, stated that the outreach would be done systematically in other to reach its desired audience within the stipulated time. She informed that the team plans on taking the message to Markets, motor parks, schools, mosques, churches, house to house, as well as street demonstrations . 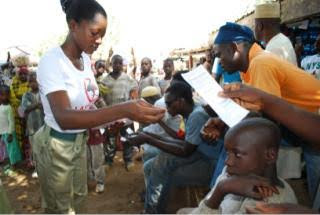 Also in an interview with journalist, the Coordinator of the Lassa Fever Sensitization Outreach, Itoro Cyril charged his colleagues to see the voluntary service as part of their commitment towards ensuring a healthy and safe environment. “As part of our contribution to curbing the spread of the deadly illness and to strengthen our commitment of service to our father land, ninety percent of the materials

(Branded T-Shirts, Placards, Flyers, Banners, Rat Traps) used for the outreach were locally sourced and I encourage the general public to emulate similar gestures in their communities. “

Reacting to the gestures of the Corps Members, the Hakimi of Jahun, Alhaji Balarabe Ahmed thanked the team for bringing the sensitization to his community. He promised that the message will be further propagated to other members of the community through clan and family heads.

In a bid to ensure that the sensitization is properly propagated, the team is working with traditional rulers, religious and union leaders as well as local school authorities within the communities.