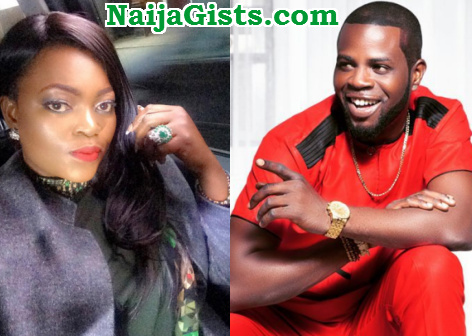 Nollywood actress Funke Akindele is one of the most engaged and affable thespians today. She had a celebrated wedding that was short-lived due to her ex-husband’s alleged infidelity.

But prior to that wedding, her romance with a fellow actor, Femi Adebayo (who was happily married with three kids) was frowned at by some members of her industry. The duo got along incredibly well but Adebayo’s wife fought the relationship to a standstill. Alas, Funke gave him up but to bond with another married man who later wrecked their marriage in less than two years.

Since then, Funke has been alleged to be in and out of affairs; the latest among whom is famous singer, JJC Skillz. Funke has however kept mum on the reported romance to avoid a repeat of what happened in her previous relationships.