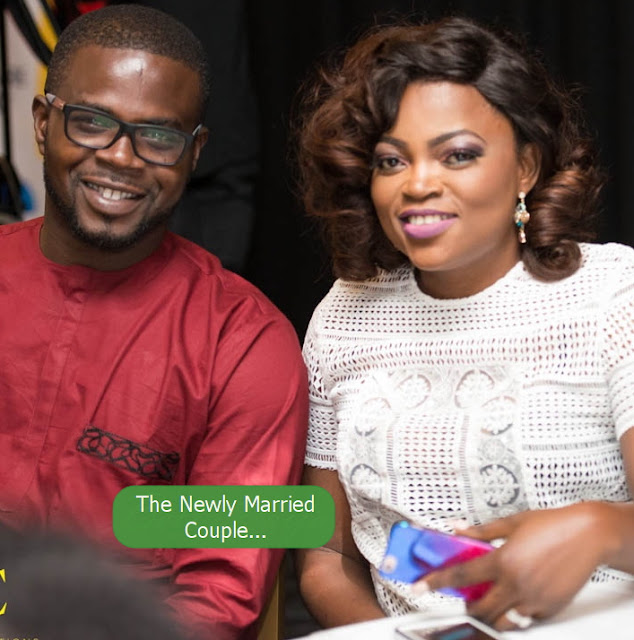 A family friend of Funke Akindele NaijaGists.com talked to this afternoon confirmed with us that the actress was warned to avoid going public with her next wedding plan.

When asked if Funke Akindele’s family approve her controversial union with Rasheed Bello aka JJC Skillz, the insider said yes.

According to the source, when Funke was introduced to JJC , she told her mother who took it upon herself to seek the face of God concerning her daughter’s decision in order to prevent what happened in her first marriage.

To cut the long story short, Funke was given a go-ahead to marry the budding singer who came from a devout Muslim family.

However, the duo were warned to avoid loud wedding ceremony in order to prevent future attacks.

Funke tied the knot with JJC in the UK last week.

JJC is blessed with 3 children who are grown up and living happily in the UK.