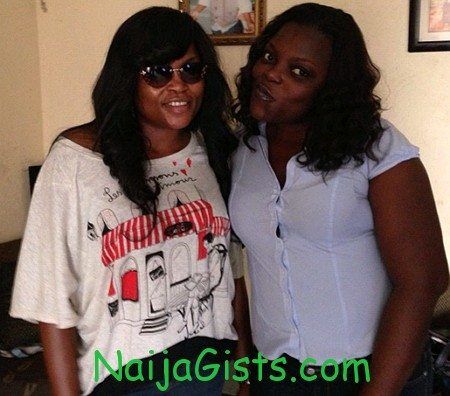 Ayo Ola Muhammed is a UNILAG graduate and a consultant at Neecee Entertainment company.

She began her journalism career as a movie critique for City People Magazine before moving on to a lucrative career with Fame Weekly magazine as a TV/radio programme content editor.

She was the ex-PRO for APCON, Advertising Practitioners council of Nigeria.

The above picture was taken during a visit Jenifa paid to her sister’s house.

Nice to see the two lovely sisters together!