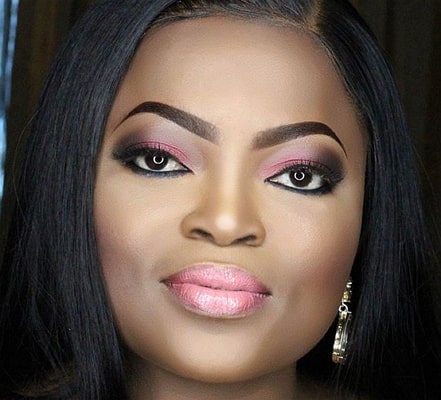 Nollywood superstar Funke Akindele is battling different forces contending with her peace of mind. The mother of two who has been trying hard to be calm and appear happy in public, accused her husband of squandering money without her authorisation as the largest shareholder of Scene One, their Production Company.

In the heat of the crisis,  her husband, JJC Skillz’s made a post to counter the claim. He confirmed travelling to London and revealed that he was missing home and would be back soon. Fans were excited that peace was gradually being restored to the Bellos family. However, the feeling was soon cut short after Benito, JJC Skillz’s son accused his father of physically assaulting him. He also claimed his stepmother is far from the image painted in public about her.

The battle had not died down when subscribers of Scene One Production attacked Funke. They accused the actress of cheating them of their hard-earned money by repeating old episodes of Jenifa’s Diary after they paid to watch new episodes of the comic drama.

They claimed new episodes were withheld as a result of her troubled marriage and advised her to separate her business from her private life. They threatened to boycott the sitcom and also demanded for a refund of their money. They reprimanded the actress for not informing them first before uploading an old episode of the sitcom.