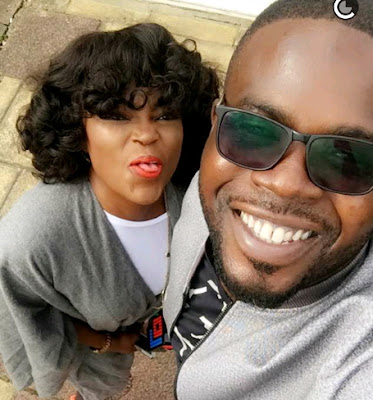 The rumour that first started from Lolo 1 of Wazobia FM got fans and critics talking.

However since the news broke, Funke’s partner, a father of 3 from 3 different babymamas has been quite.

He recently broke his silence when he shared a photo on Instagram voicing his stand on the wedding drama and other issues surrounding his relationship with Funke.

“Making moves in silence is the new motto. ‘Amebo’ too much for this world. Stay low key. Not everyone needs to know everything about you,” he wrote.

A source close to Funke said the love birds will likely seal their relationship with a low key wedding before the end of the year.

The source jokingly said Jenifa is likely to join JJC Skillz’ long list of babymamas before the end of next year as she is desperately looking for a child.