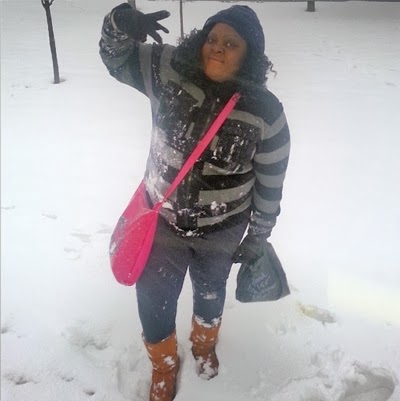 The actress who seems to enjoy the snowy city released a video of herself playing in the snow like a kid.

Watch the actress as she turns snow into a playground in the video below: