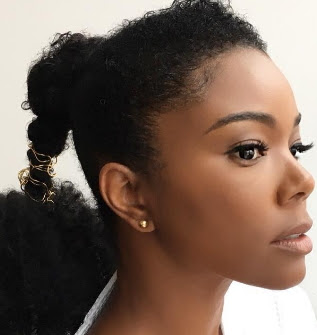 Oct 5, 2017 – Gabrielle Union Opens Up About Battle With Infertility “I Never Wanted Kids Then I Became a Stepmother”

Gabrielle Union-Wade gets real candid about her struggles with infertility in a People Magazine exclusive.

The 44-year-old actress who is married to NBA player, Dwyane Wade shared excerpts from her soon-to-be released book ‘We’re Going To Need More Wine’ giving a rare glimpse into how much she’s tried to have a baby with him.

‘I have had eight or nine miscarriages. For three years, my body has been a prisoner of trying to get pregnant — I’ve either been about to go into an IVF cycle, in the middle of an IVF cycle, or coming out of an IVF cycle,’ she writes in the book.

She also revealed to People that even though she didn’t want kids initially, raising Dwyane’s 2 kids and nephew made her have a rethink. 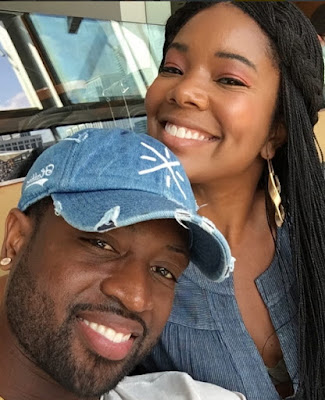 ‘I never wanted kids. Then I became a stepmom, and there was no place I’d rather be than with them.’

Speaking on how she’s dealt with infertility being in the public eye, the Being Mary Jane star said, ‘For so many women, and not just women in the spotlight, people feel very entitled to know, ‘Do you want kids? A lot of people, especially people that have fertility issues, just say ‘no’ because that’s a lot easier than being honest about whatever is actually going on. People mean so well, but they have no idea the harm or frustration it can cause.

Once a month I look like I’m in my second trimester because I’m bloated,” she says. “It leads to the questions and it leads to the rumors and anytime I go into a doctor’s office I feel like I’m a member of SEAL Team Six undercover because I don’t want people to speculate.’

But through it all, her and Dwyane’s love and feelings towards each other haven’t waned a bit. ‘We remain bursting with love and ready to do anything to meet the child we’ve both dreamed of.’

Continue Reading
You may also like...
Related Topics:gabrielle union, pregnancies

British Designer Vivienne Westwood : I Shower Once A Week To Preserve My Youthful Look
The Beauty Of Africa 2017 Pageant Holds Tomorrow