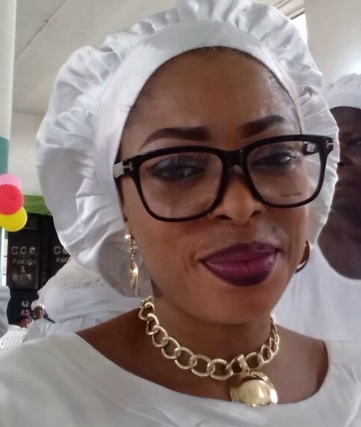 Lepa Shandy: I Lost 2 Pregnancies At Some Point In My Life

One time popular Nollywood actress Folashade Omoniyi aka Lepa Shandy is gradually making a come-back years after marriage took her first love away.

In an interview with Saturday Beats, the actress explained how her father, a military officer gave her the best upbringing and what she went through in her marriage.

See excerpts of the interview below

“If I am given the role I played in Lepa Shandy again, I will still take it and even do better because I was shy at the time. I was a daddy’s girl, and he was a strict military man. My daddy didn’t support my career fully until I introduced my fiancé to him. There was a time it seemed like I went into oblivion after I shot ‘Lepa Shandy’; but what actually happened was that I took a wrong advice a colleague gave me.

“I was advised not to persuade people to get roles because he felt I was already a star, so I was waiting for roles to come to me, which was a very big mistake. It was later that two of my colleagues advised me to come out of my shell and persuade people to get roles. If anyone should take that type of decision now in the movie industry, the person would be forgotten.

“I feel happy that people still call me Lepa Shandy, I don’t think I can increase my body weight. When I was little, my dad took me to a doctor because he was concerned about my poor eating habit. However, when I was pregnant, I had to eat. There was even a time I lost a pregnancy after the doctor complained about me not eating”.

On Her Miscarriages, The Actress Said.

“I have a gift from God; I take things as they come. When I lost those pregnancies, I felt bad considering my age at the time. I’ll be 48 years old in March. I lost two or three pregnancies; I always had people around me who encouraged me. The thought about it being spiritual came to me but I prayed and I went to the hospital to check myself to make sure I was okay.

“Young men still disturb me a lot, but even before I got married, I always stylishly asked my admirers about their age to avoid dating a man younger than me. Once I know I am older, I just decline.”