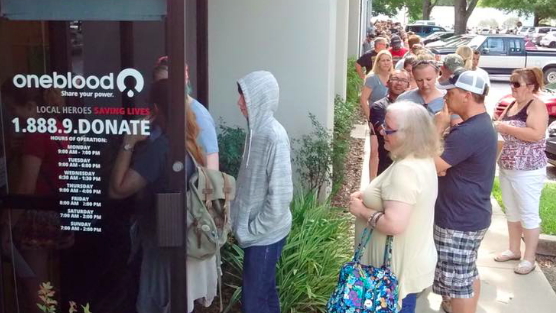 The lesbian, gay, bisexual, and transgender (LBGT) people in Florida are not happy following the renewed blood donation ban placed on them.

Though authorities are desperately looking for blood donors but gay and bisexual men are now being turned away.

The rule is that any man who has had sex with another man in the past can’t donate blood.

This rule is dated back to 1985 to prevent HIV infection.

According to statistics, HIV disease is common among men who have sex with fellow men.