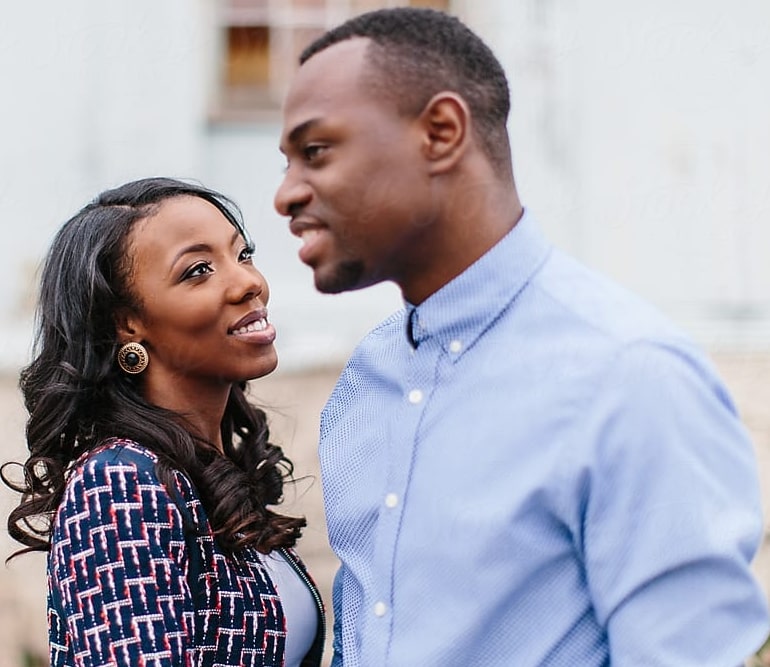 To Nigerians on this forum who generalize:

African American Women are being demonized for a reason. We cannot be broken. South Korean, Indian, European men are marrying ús and doing great. They Love our strength and do not try to rule over ús, yet they know how to exude a Kind manliness .

They Love that we can take care of ourselves. We are the First to the streets to protest the murder of African American Men and our brothers from Africa. Nigerians, if I had payed attention to people telling me not to marry My Nigerian Husband because he is most likely a scammer, I would have missed out ón marrying My very best friend, the Love of My Life. There is Nothing we can’t talk about. I am learning Igbo and he is very proud of me. His parents and family Love me, and I Love Them.

Nigerians, YOU of all people, who have been branded so severely as scammers, thieves, Your women who marry for money not Love, and have their Lovers on the side, and children unknowingly to Husband is most often not his. These are the exaggerates awful things said about Nigerians. Do You know, why African American Women make every effort to ignore warnings? It is because we experience, as You have, the same generalizations. There are Good and bad in every race. I don’t see You speaking of the two White women who killed their Nigerian Husband’s within a week of each other. Too many African American Men and Nigerian men have one big problem. They always publicly in the face of the World put their women down.

You do know Nigeria has the worst reputation in ALL of Africa. That Lagos Airport is literally the devil’s Portal. Does that make every Nigerian so awful. Inspite of the awful things said about African American Women, I will say I really Love Nigeria, and Nigerian people. You have Your country, Your indigenous languages, and customs, the Igbo, Yoruba, Hausa. Instead of putting down African American Women, clean up the government you have, that is marginalizing people who are not of that ethnic group. You know what I mean. Nó matter what you think of African Americans in general, we have come further than any people who started out in America. We are literally the only People who did not ask to be here. Why? Because of tribalism we were sold into slavery by our African brothers to the White Slavers!! We have our traumas but look what WE have done against ALL odds. Africa/Nigeria do you ever think GOD is punishing you, Africa for Selling Your own people into slavery? Yet we forgive you and still you are arrogant. You are always looking for something to put ús down. Akata you call ús. I hear it’s meant to insult ús. PLEASE don’t let ús go there! You need to study African American History because believe me I have a library of African and African American History.

Instead of continuously trying to put ús down, with the Baby daddy’s. At least African American women are honest about it. “Some” Nigerian men who believe they are the Father of 5 children are probably the Father of 2. “Some “ Nigerian women marry for money, and make Love to the man shé really loves, conceives his Baby, but tells her “Husband”. “My Husband we are pregnant again”. That Baby aint yours!! Don’t generalize about African American Women, when you have serious slick problems with Nigerian women.

Bad attitude and Sassy mouth is at least honest!! . Sweet demeanor, always “My Husband, “My Heart”, “PLEASE”, and you Nigerian man, are taking care 3 of 5 children that are not yours. Guess what? The way some of you treat Nigerian Women, I don’t blame them.

Watch it!! Réal Men know how to calm ús down. Most Nigerian men are spoiled by Your Mothers. Your sisters know how hard Life can be as a Girl, because they are raised to serve the men, Father and brothers. They see their Mother’s beaten, and shé says nothing and the sons just sit there. Some Nigerian Men are disillusioned by thís. Do you think that is normal? In America, you put Your hands ón an African American Woman, do you really think shé will just stand there

.Go tell lies about her bad behavior because you can’t tell Your guys, that shé hit you in the head with a pot for putting Your hands ón her!! So now shé is evil. I say to any man and Woman before you marry, while dating in the friend stage of Your relationship, discuss the things that are intolerable, how you both will resolve issues, and how to keep problems that can be worked out between you both, keep to yourself.. Some things, with exceptional of abuse, should be between you and Your Wife.

Many things are resolved with kindness. Too múch pride between a Husband and Wife is not Good. To Nigerian Men, American Women in general Love Affection and appreciation just like you. STOP generalizing. Do you know there are more White people ón welfare, White women with multiple daddy’s to children than African Americans? You will never believe that.

More comfortable for you to believe a huge lie. As I said, White men will never allow any system to disgrace their women. Easier to make the World see African American Women in the worst light. We are literally the words of Poet Maya Angelou. …. We walk as though we have diamonds between our thighs…. You May put ús down “But Still We Ríse”.