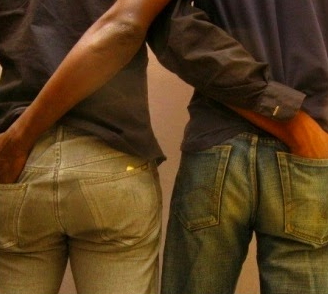 Saidi Abubaka, a 27-year-old Lagos-based homosexual has been arrested for allegedly bitting off the lip of another man who denied him of sex.

He was charged with Sodomy before a Magistrates’ court in Isolo Lagos today.

According to the police, Abubaka was arrested for his involvement in indecent act by forcing Abubaka Abdulahi, 25, into unlawful sex and assault.It was alleged that when the victim, Abayomi Abass resisted the unlawful sexual act, Abubaka bit off his lower lip.

The incident happened at Ago Palace Way in Okota, Lagos where both the defendant and complainant reside. The matter was reported to the police at Okota division who arrested Abubaka and took him to the station where he allegedly confessed.

The suspect has been arrested on two occasions for molesting males for sex.