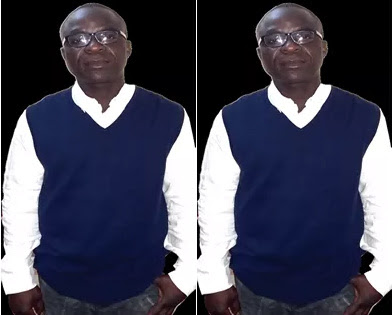 Nigerian British actor Gbenga Okunola who was opportuned to act in Hollywood blockbuster movie Spartacus revealed how his appearance in the hit movie opened more doors of opportunity for him.

Gbenga who recently came to Nigeria for brief vacation granted an interview to Vanessa Okwara where he shared his amazing journey into Hollywood .

Tell Us About Your Background

I’m mostly called TJ as an appellation. I am 48 years; I left Nigeria roughly 22 years ago.

I spent over 10 years in Bulgaria where I met my wife. First few weeks in Bulgaria, I established myself as a business person and self-employed. I imported Nigerian exotic goods like Adire, wallets made with animal skin.

I had a friend who was based in Bulgaria before me, so actually he was the one that set me up when I got to Bulgaria because then it’s either you’re a student or you are self-employed to get a resident permit.

So I was doing that business for about two years before I got into trouble with a Bulgarian that duped me. It was my early years in Bulgaria and that was the time I met the lady that became my wife.

To cut a long story short, the parents of my wife to be accepted me because there were a lot of Nigerians or blacks who would have issues with the parents of their girlfriend; some of them are racists and some are not.

They asked me whether I was a student or a business man and I told them I was a business man; I even had an interview with a Bulgarian newspaper at that time.

They used to come to my shop and take pictures of my stuff so they were impressed and they actually helped me. My business went down because I was duped, so I went back to school in Bulgaria.

I did diploma in Business Administration and then I went into journalism. I got a job with Reuters News Agency, that’s where I started my journalism career.

I was trained for six months at the news desk, I was with them for roughly two years and then I travelled to London and went to London School of Journalism for my advanced diploma and after two years, I went back to Bulgaria.

How did you end up in movies?

When I was working with Reuters, I was also involved in movies because most of the Hollywood movies were mostly shot in Bulgaria at that time because it was quite cheaper for them, with low budget.

A movie that would cost over two hundred million dollars would cost cheaper in Bulgaria. So during my journalism career, I got involved in movies through a friend of mine.

Popular Hollywood actors like Wesley Snipes and a Nigerian British actor, Adewale Akinnuoye- Agbaje were in that movie and they needed a black guy to play the role of a police guy and that was the role I played.

What’s the name of that particular movie?

The name is ‘Unstoppable’. I was an extra so I didn’t really act any speaking role.

So I started there and I got interested in acting. They have about seven American movie studios there in Bulgaria. I met Adewale and we became friends since we were the only two Nigerians there.

He was so happy to meet someone from his place. During the same time, I got a call from another agency because my friend registered me with agencies and they said if I would like to take part in the movie ‘Spartacus’.

They needed about 15-20 black guys that would play gladiators in the movie and other extras and I was a gladiator in that movie. It was fun meeting all those great actors.

So what major role did you act in that movie?

Well, not really a major role per se.

We didn’t really get credit for it because there were a lot of people in that movie; roughly about three thousand but we were the main gladiators that fought in the movie.

There was a lot of violence in that movie. What was training like for you?

It was very tough because we were given wooden swords initially, then there were medical doctors in case anyone fell and we had professional horse riders that trained us. It was very tough and strenuous.

I remember a black guy broke his toe but they told us that during the real shooting of the movie, we would use real swords because ours was like iron mixed with plastic but it would still hurt you.

The main actors actually used real swords. It was at that time I began to believe that most of these movies were actually real.

Did acting in ‘Spartacus’ open up your acting career?

Yes, definitely! After one month and three days, I got another role and the second one I would do was with popular Hollywood actor, Steven Seagal.