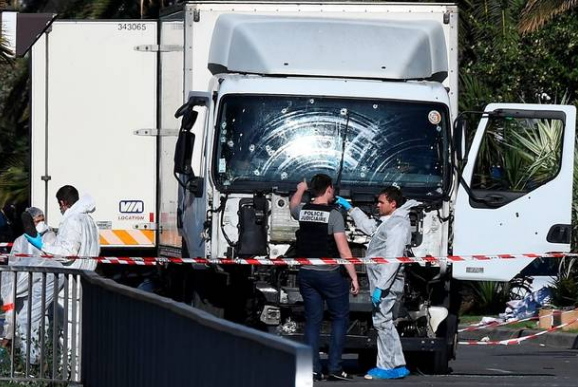 5 people have been arrested in connection with the terrorist attack that claimed 84 lives in France on Thursday.

The ex-wife of Mohamed Lahouaiej Bouhlel, the truck driver who drove into a crowd of people in Nice France and two suspected  terrorists were arrested on Friday while two others were picked up today.

A news agency linked with ISIS said the attack was carried out to target French citizens fighting the Islamic State terror sect.

The 31-year-old Tunisian man who carried out the attack was shot dead by police to avoid further loss of lives.