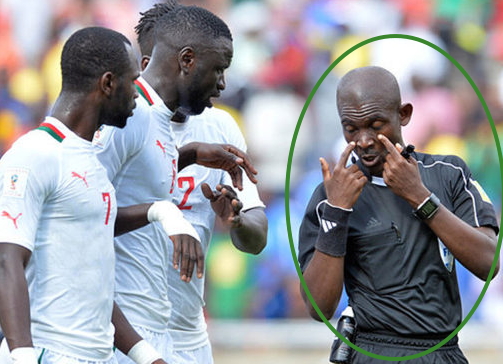 A referee in Ghana has lost his license for life after he was caught manipulating match in a 2018 World Cup qualifier.

Mr Joseph Lamptey allegedly awarded a penalty to South Africa in a 2-1 over Senegal back in November 2016.

Lamptey was said to have penalized a Senegalese player, Kalidou Koulibaly for handball however a replay showed the ball hit his knee.

The Senegalese Football Federation later filed a complaint to FIFA.

Lamptey’s only hope of reinstatement is to file an appeal to Fifa and the Court of Arbitration for Sport.