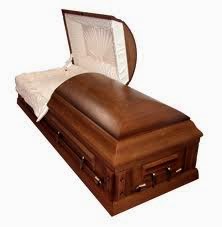 Pandemonium struck residents of Luk, a Togolese farming community near Bunkpurugu in Bunkpurugu-Yunyoo District of the Northern Region of Ghana after a man came back home 7 days after his burial.

Konkper-Laar Samuel, 22 was said to have died after a brief illness and was buried at the family mausoleum with a stone and a piece of stick placed on his grave as a symbol of separation of the bond between the living and the dead.

According to their tradition, the seventh day was supposed to be marked with a family gathering where issues regarding the deceased’s property and debts, if he had incurred any whilst alive, would be resolved.

As members of the family gathered at about 8 o’clock that morning, they were shocked to find the deceased entering the house with the very clothes he was buried with. There was pandemonium as there was a shout of ‘Run for your life’ and everyone was running helter-skelter.

Some ran to the grave side to see if it had been opened but were more amazed when they found it intact.

As news of his ‘resurrection’, spread, residents started fleeing the town, as they were scared of living in the same town with a ghost.

The family sent for the chief priest who questioned the boy on why he came back. The deceased reportedly said he was sent back by his grandfathers because his time was up on earth.

When journalists visited the town to confirm the story, they were shown the grave and the ‘ghost’ but were not allowed to take pictures.

Black Boy Arrested For Wearing Expensive £8,000 Watch In London Accuses Police Of Racism
Malaika To Keep Sikiratu Sindodo As Girlfriend “I Have 2 Wives, No Plan 4 Another Marriage”