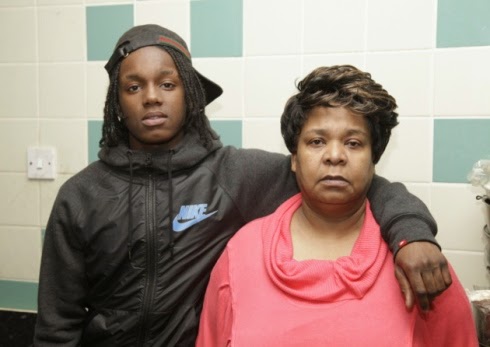 A young boy who was recently arrested by police in London claims he was called a monkey by a police officer and beaten up because he was wearing an expensive watch.

16-year-old Daniel Davies, of Ranelagh Road, said he has lost all faith in the police following his ordeal, which saw him being locked up overnight on suspicion of handling stolen goods, before being released without charge.

He said: “Can’t a black man walk down the street wearing a nice watch without them [the police] looking at you a funny way?

The college student, who has no criminal record, intends on making an official complaint after he was arrested in Eddison Way, Wembley while on route to his sister’s house.

He said he was talking to a friend in his car when the pair were stopped and searched by five police officers. They were arrested when they saw his Grandmaster watch.

The timepieces can cost up to £8,000 but Mr Davies had bought his at a store in Harlesden for £100 with money saved from his paper round and birthday presents.

He said: “They asked where I bought my watch from and I told them and offered to take them there to prove it, but they refused to listen and arrested us both.”

He was taken to Wembley Police Station where he claims he was dragged into a cell and racially abused by an officer.

“One of them punched me and I looked up at him and asked ‘did you just punch me in the stomach’ and he said ‘yeah I f*****g punched you,” he said. “I also overheard one of them calling me a monkey. I was so vexed.”

Because Mr Davies is under 18 a duty solicitor and his 18-year niece were with him when he was interviewed. However, his mother Lurline Wright was twice refused access to her son when she visited the station.

Ms Wright, a mother-of-10, is vowing to get answers for his alleged treatment and plans to hold a demonstration outside the station.

She said: “My son is no trouble maker. They can’t touch him that way and get away with it. It’s not right or fair. We will take this all the way, to make sure those responsible are dealt with.”

Brent Police deny Mr Davies’ s allegations, saying he was restrained by officers after he became violent and refused to return to the youth detention room.

Superintendent Nick Davies, from Brent Police, added: “A risk assessment was also completed for him, as well as an appropriate level of care which was provided during his time in police custody.

“At this stage no official complaint has been received by police. Should a complaint be made, we will investigate it appropriately.”