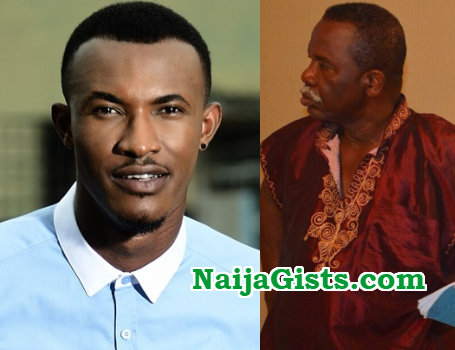 Young Nollywood actor Gideon Okeke threw caution to the wind when he came hard on veteran actor Chiwetalu Agu via his official Instagram page over the way he uses sexually explicit slangs in movies.

According to Okeke, Mr Agu’s has overstepped his boundary due to constant usage of vulgarity in movies without considering the fact that young kids are watching his movies. 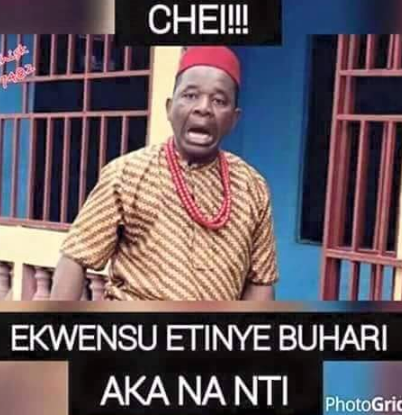 Okeke also came after producers and directors giving Mr Agu the freedom to use the vulgar slangs in their movies. 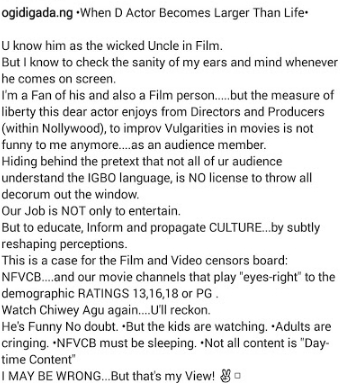 The actor however removed the post after Agu fans came hard on him.

It will take ‘deliverance’ for Chiwetalu Agu to stop using slangs in his movies.