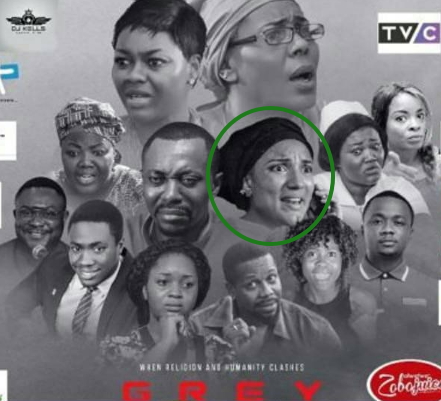 EX-BB Naija housemate, Gifty Powers has earned her first movie role in Shan George’s Grey Shadows which is set to premiere on Friday 24 at The Arena, Cousin House Off Allen Avenue in Ikeja

The movie is a thriller which shows humanity in its true elements and the power of religion and spirituality.

The producer gives Big Brother Naija housemate her first role and she shows her growing talent as an actress.

Other casts include Kehinde Bankole, Roxy Antak, Eric Anderson, Eunice Etim, Shan George and a host of others

The movie portrays the travails of a woman who fell seriously sick on a Sunday morning on her way to Church. As she tried to find a hospital that will attend to her condition, she discovered the massive mess that our medical system has become. Did she survive it? The suspense-filled movie tells it all.

Shan George who made waves in the Nollywood industry a decade ago albeit controversially through her roles interpreting skills, said real life experiences inspired her to make the movie.

“Some real life experiences and circumstances inspired me to shoot the story. It is a story that every average Nigerian can relate with. Something that is there, happening everyday, yet it seems not there. That is why i titled it GREY SHADOWS,” she said.

Produced by Shan George and directed by Nwakile Ozoemen, Grey Shadows was shot on locations around Cross Rivers State.