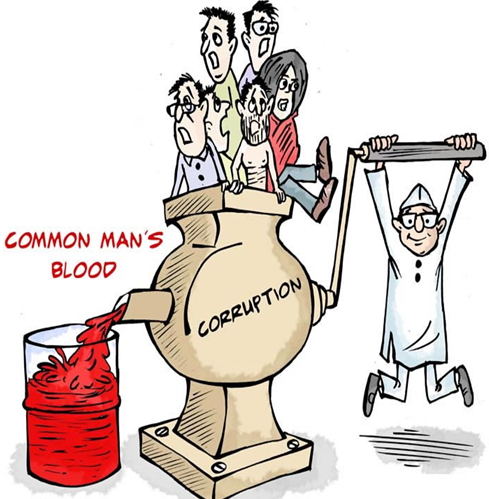 “The duty of youth is to challenge corruption”- Kurt Cobain

Over the past few weeks, there has been heightened tension as a result of the ultimatum given to the Igbo to quit the North by some northern youths coupled with the relentless agitation for Biafra in the East. In the middle of all these agitations are the Nigerian youths as the driving force. In times like this, we must re-evaluate the stand of the youths and be so sure that we are standing on the side of posterity. Adolf Hilter said, ‘’what luck for rulers than man do not think’’. It’s high time the youth began to think strategically and intentionally. Clueless leadership is an off-shoot of clueless youths. We must positively tinker with our thinking so as to reach our desired destination. It is relatively impossible to feature in a future that we can’t picture.

Helen Keller said, “True freedom is not attained through self-gratification, but through fidelity to a worthy cause”.  These are defining and very sensitive times in the nation and we must scrutinize the intentions and motives of our so called leaders. We must refuse to be used to destabilize the country. Most times youths are used to fight battles that do not benefit them in the big picture. The Nigerian youths must not allow themselves to be used as tools in fighting selfish and ambiguous propagandas. Some politicians relax in their Jacuzzi while watching the ‘bloods’(apologies to Patience Jonathan) of their errand youths being ‘shared’ in the streets. There is God ooo!

In the award winning and epic book written by George Orwell in 1945, Animal Farm, a group of farm animals revolt and establish their own society because they were tired of their servitude to man, only to be betrayed into worse servitude by their leaders, the pigs, whose slogan becomes: “All animals are equal, but some animals are more equal than others”. The animals thought that man was the enemy; little did they know that the main battle was against institutionalized corruption.

One of the poignant truths that has always elude the youths is that they are somewhat oblivious that ethnic division and war don’t affect the elites; they always have a way of coming together at the top. To confirm the veracity of my claim, you can take a reflective look at the roll call of dignitaries that graced the wedding ceremony of the daughter of a former head of state in Minna, Niger State some weeks ago. They all forgot their political class and were all wining and dining at the top-The Hilltop! The Elites don’t divide; they always have a way of coming together. The youths have always been the power house for agitations but they’ve never been the beneficiary. We must wake up from our deep slumber and unite across all the geo-political zones to fight the common enemy which is corruption.

While youths in other parts of the world are positioning themselves for leadership and change, the Nigerian youths are being used in oiling the wheels of divisive propagandas and classical corruption. Instead of pioneering change, we are being used as stooges to political cabals. The most destructive form of energy in the world is not atomic bomb; it is the unguarded and uncultured energy of youths. We must distil out our energy to pursue a worthy cause. Difficult times like this are meant to put a demand on our creativity; we should use our youthful energy to brain-storm and not blame-storm. Corrupt leaders may impoverish the nation but we must not allow them to impoverish our thinking!

Kurt Cobain once said, “The duty of youth is to challenge corruption”. The focus of the youths at present should be to hold their leaders accountable. There are so many leakages in the Nigerian system. Until we hold leaders accountable for the money allocated to them, then the fight against corruption is just like a smokescreen. How do our governors spend their security votes allowances? How do the members of the National Assembly spend their constituency allowances? From the councilors at the local government level to the lawmakers at the State and Federal levels, to the Governors and to the Presidency, we must hold all of them accountable. Plato once said, “The price good men pay for indifference to public affairs is to be ruled by evil men”. We must not be indifferent to the happenings in the nation. The youths must painstakingly audit the activities of their leaders and vehemently resist ‘political loafers’ that are powerhouse of classical, malignant, digitalized and sophisticated corruption.

An African proverb says, “If you want to go fast, go alone; but if you want to go far, go together”.  It has become so glaring and obvious that for any significant and long lasting change to happen in Nigeria, we need to forge unity in the youth bracket of this nation. In an interview some few weeks ago, Singer and civil rights activist, Charles Oputa, aka Charly Boy, called on the youth to rise up and rescue Nigeria from the hands of her corrupt and inept leaders. He urged the Nigerian youth to sit up and do something about the continued domination of the affairs of this country by a class of people who are not truly committed to its well-being. The self-styled activist lashed out heavily on corrupt leaders when he said, “These people have consistently looted our national treasury over the past decades. In fact, they have stolen so much that even the next generation of Nigerians are already impoverished.”

In her best-selling book, Culture of Corruption, Michelle Malkin exposed the conspiracy among the elites and people in high places towards milking the common man dry. She popularized and escalated the idea of whistle blowers and the need why the youths and citizens must hold their leaders accountable. It is amazing how such an intelligent and vibrant youth could look the leaders in the face and call their bluff! She vigorously challenged the American government on the culture of impunity. There is one thing that youths have in common in Nigeria and it is that we are at the receiving end of a corrupt system. The object of our anger should not be our fellow Nigerians that are living decent lives to earn their living across the nation but the corrupt leaders and politicians in high places. If there is one thing that should unite the youths across all the geo-political zones, it should be our unified fight against corruption.

The present problem is not caused by any ethnic group; the present problem is the result of corruption and corrupt officials. Corrupt politicians, whatever their ethnic group, are the cause of problem in Nigeria. As long as we continue to give them the platform to represent the masses, then we will never have enough! Mahatma Gandhi once said, “Earth provides enough to satisfy every man’s needs, but not every man’s greed”. We must stop attaching the decadence in the present Nigeria to any ethnic group. The youths must take responsibility because it is what we allow that will continue.

I am clamoring for a platform that will unite the youths together. Imagine in a population of 180million, we have between 60%- 68% of youths, that is around 122 million youths. If we have to remove children that are not eligible to vote, then the voting population for youths will come to around 80%! It is very obvious that the youths control the electorate. We need to bring up a dynamic platform to mobilize and marshal the Nigerian youths towards change. We must eschew violence and go beyond ethnic sentiments. We must not reduce ourselves to ethnic champions or Lord of the rings.

One of the founding fathers of the nation, Sir Ahmadu Bello said, “We must not forget our differences, let us understand them. By understanding our differences, we can build unity in our country and forge ahead”.  Our diversity is not meant to divide us, it is meant to make us stronger. We must harmonize our differences and maximize the strength in diversity. The Igbo youths are innovative and enterprising, the Northern youths are resilient and tenacious, and the Yoruba youths are proactive and progressive. If we can harmonize all these together, we can present a formidable and indivisible front.

I have observed that the hate speech and divisive tendencies are political decoys to shift the attention of the youths from presenting a common front. As long as the youths are divided across various ideologies, we cannot engineer a lasting change. We must not be tools in the hands of clueless politicians. We are dynamites of change. We must bluntly refuse to be held back by overbearing political class and principalities. The youths must not allow themselves to be used to act in the enemy’s script

In closing, I want to underline the fact that some ethnic groups in the country have suffered great injustice and this must not be down-played. Martin Luther King Jr. once said, “Our lives begin to end the day we become silent about things that matter.” The world encroaches on our sanity the moment we begin to lose our sensitivity to injustice. I am pleading with the youths from the various geo-political zone -the Middle Belt youths, Yoruba/Oduduwa youths, Ohanaeze Ndigbo youths, Ijaw youths and Northern/Arewa youths- to come together and unite against corruption. To the igbo youths, don’t leave Nigeria, you are actually meant to lead Nigeria!

“The Youth of a Nation are the trustees of Posterity.” – Benjamin Disraeli