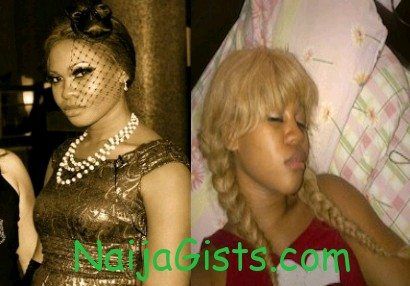 While we all remember the good times and the interesting music videos that late Nigerian singer Goldie Harvey (Oluwabimpe Susan) made, a new autopsy report has been released from the coroner’s office.

Initial report from the doctors at Reddington hospital revealed that she died of Pulmonary Embolism which caused Deep Vein Thrombosis due to her long travel from the United States of America down to Nigeria.

Goldie Harvey who traveled from Malaysia to the Los Angeles California for the annual 55th Grammy Awards event died suddenly on her arrival to Nigeria on Valentine’s day.

According to sources, the beautiful lady died in the arms of her best friend, Denrele Edun.

She is survived by her only daughter and her allegedly snatched husband, Andrew Harvey.

Few days ago, a woman named Ifeoma Harvey claimed Goldie Harvey snatched her husband and rendered him useless after she took all his money with love charm. Ifeoma and Andrew Harvey have two kids together before Goldie came in. Read Goldie Harvey Snatched My Husband. 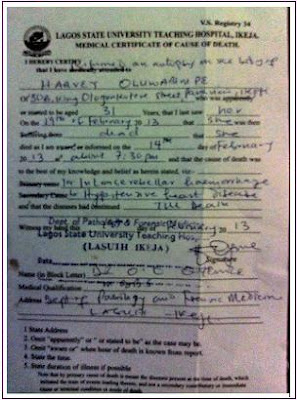