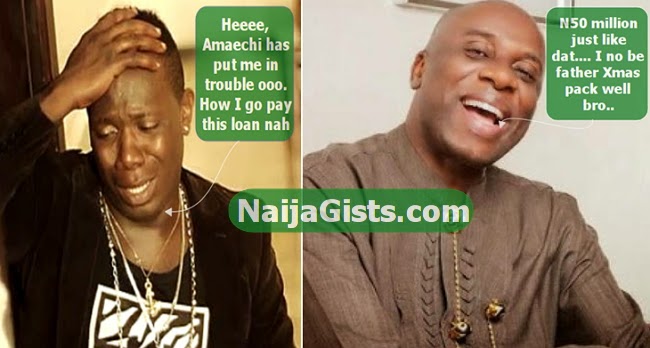 Last week, Port-Harcourt Based Nigerian musician Okechukwu Duncan Mighty released a lengthy press statement where he alleged that the incumbent governor of Rivers State, Amaechi owed him 50 million naira for his engagement in an electoral mobilization process back in 2011.

The singer who went back the memory lane said:

“It is on record that on March 30, 2011, I, Mr. Okechukwu Duncan Mighty, single-handedly organised a Celebrity Youth Endorsement Concert in Port Harcourt where I successfully endorsed over 18,000 youths who are eligible voters for Governor Rotimi Amaechi.

“During the organisation of the event under the express approval of the governor and his cabinet, he gave me the sum of N10m through the then Secretary to the state Government, Senator Magnus Abe, which totally went into the project. The governor also gave me his word that the balance of N50m would be paid to me as soon as possible.”
“I also visited the Government House on several occasions, and all efforts to get my money proved abortive. However, the last straw that broke the camel’s back was when the governor systematically started avoiding my calls and personal visits,”

“I am not aware that the governor or any person in government as at that time hired him (Duncan Mighty) to mobilise for the governor. If he is sure of what he is saying, he should show evidence.” – Semenitari said