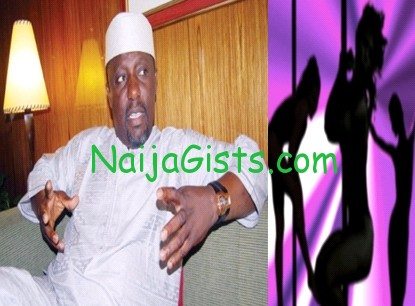 The Governor of Imo State, Rochas Okorocha has ordered the immediate closure (banned) of ALL strip clubs in Imo State, Nigeria. naijagists.com

Gov. Rochas who described the introduction of strip clubs as devilish and strange gave the closure order in Owerri on Oct 31st, 2012 after a meeting with the state security council.

He said the operation of adult night club is a big-blow to Igbo culture.

He further warned the Imo state Goverment would no longer condone their destructive activities.

In the order, Rocas also banned under-age kids from attending night clubs in Imo state adding that any club found in violation of the law would be closed for life.

He also ordered the demolition of a kidnappers-owned house in Oru East LGA of the state and a filling station in Mbaitoli LGA.