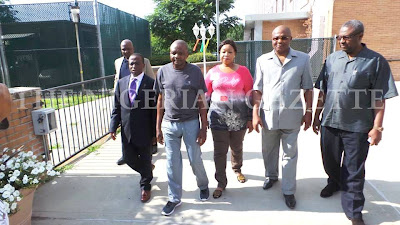 August 21, 2013 – Governor Danbaba Suntai Discharged From Hospital, To Return To Nigeria From America On Sunday

Ailing Taraba state Governor Danbaba Danfulani Suntai who has been receiving treatment for brain injury at the Sea View Rehabilitation Center in New York is set to return to Nigeria.

According to sources, he has been scheduled to leave New York for Nigeria on Sunday, the 25th of August, 2013 following his discharge. 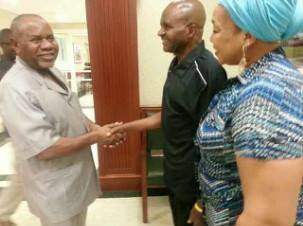 His wife revealed this in a telephone interview on Tuesday.

Hauwa who has been by her husband’s side since he got to the United States of America said all the necessary arrangement for his return had been put in place.

After suffering a serious head injury in a crashed plane in Adamawa state last year October, he was declared brain-dead.

Governor Suntai was immediately airlifted to Germany where he was referred to a specialist hospital in New York.

His wife, Hauwa expressed the families appreciation to all who had in many ways supported the family throughout their trying moment.

Some New York-based Nigerians have volunteered to accompany Governor Suntai to Nigeria on Sunday.

Thank God for healing him.