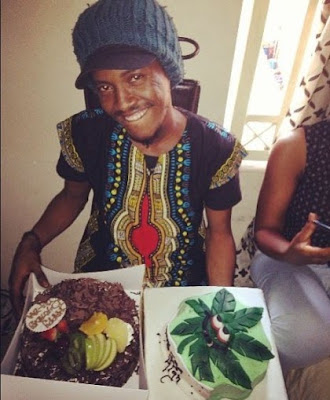 The popular son of a preacher decided to show the world his real self when he celebrated his birthday few weeks ago with a Marijuana weed-laced cake.

In 2008, Jude Abaga aka MI and his younger brother Jesse were signed into Chocolate City records label.

He announced his voluntary exit from Chocolate City on March 21st, 2013.

“I, Jesse Garba Abaga (also known as “Jesse Jagz”) an artist formerly signed to Chocolate City Music label hereby wish to notify my fans and the general public about my voluntary exit from the label.”

He later proceeded to start his own record label tagged Jesse Jagz Nation.

According to insiders, his record label is full of artists practicing Rastafarianism religion.

Jesse Jagz according to sources, has dived further into the religion hence his love for Marijuana weed.

Check out some photos from Jesse Jagz‘s Marijuana birthday party below; 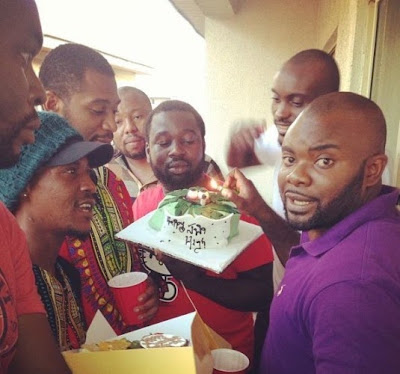 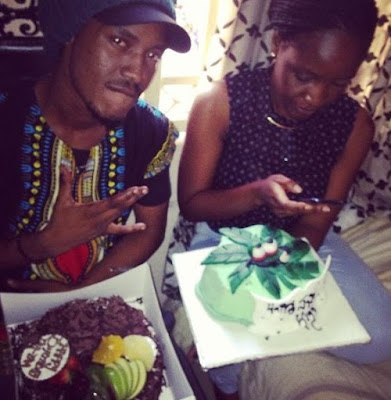 Governor Suntai Discharged From Hospital, To Return To Nigeria From America On Sunday
Woman Beats House Girl To Death In Apapa, Lagos