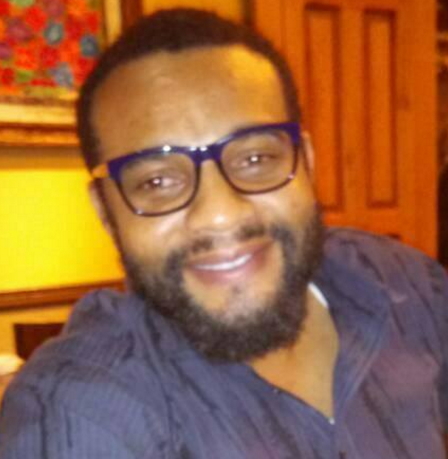 September 4, 2017 – How 2016 GUS Winner Hector Oluwaseun Jobarteh Was Assassinated In Broad Daylight In His House In Lagos

A viral report on the social media on Sunday revealed that GUS (Gulder Ultimate Search ) 2006 winner, Hector Oluwaseun Jobartech has been murdered.

According to a close friend who broke the news on Facebook yesterday, Hector was murdered by some suspected assassins who trailed him to his home from the Airport.

Here is what a Facebook user, Baskelly said about the murder of the former GUS contender yesterday; 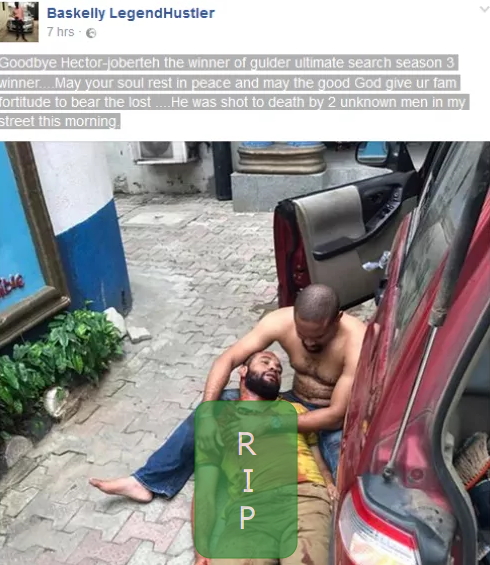 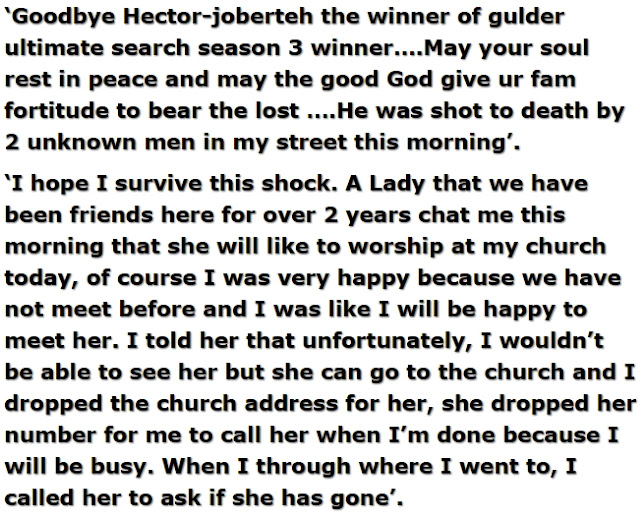 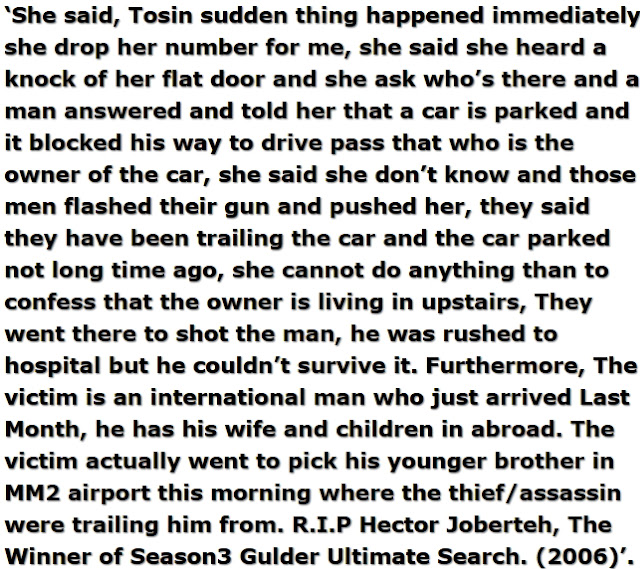 The deceased is survived by his wife, Oseyi Okoh, a former GUS contestant. The couple married on April 5th 2013. 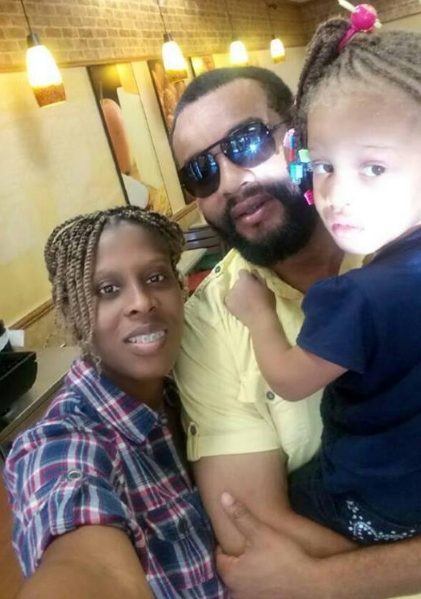