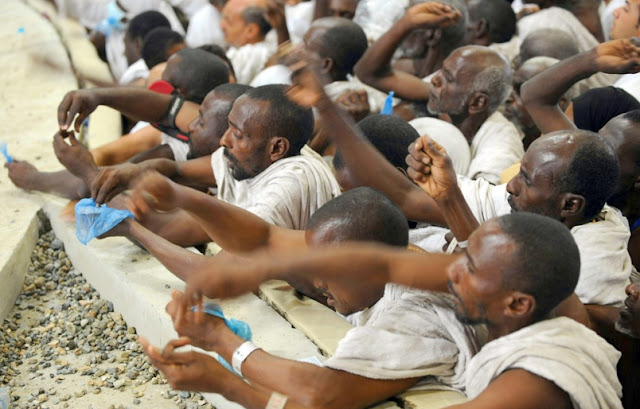 The devil has come under merciless pounding by thousands of pilgrims in Saudi Arabia, as they pelted it with almost 49.4 million stones.

This is not counting the empty bottles, shoes and other hard materials thrown at this evil spirit by pilgrims who passionately wanted it cast out of existence.

Saudi Gazette reported that the pilgrims during the first of the three Tashriq days, which was Saturday, threw 49.39 million pebbles at the devil in the Jamarat area in Mina.

The pilgrims pebbled the Jamarat Al-Aqaba (big devil replica) on Friday, the Eid day after coming down from Muzdalifah each throwing seven stones.

On the first Tashriq day, each pilgrim will be carrying with them 21 stones to throw seven at each one of the three devil replicas. 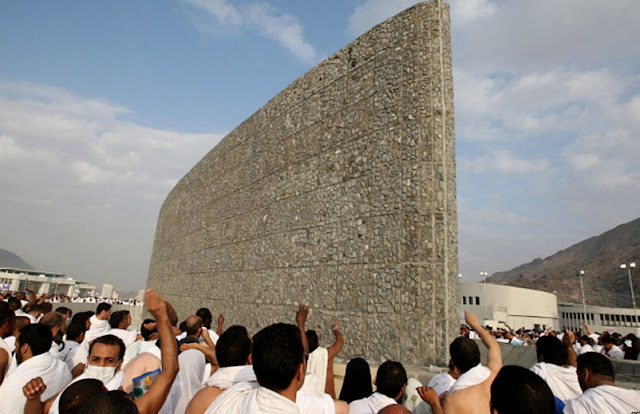 The throwing of stones is an important ritual in the Haj. Some pilgrims, who may be extremely mad at the devil, will throw empty bottles, shoes, slippers and other hard material.

Thanks to the intricate security measures, the throwing of the stones went smooth with no incidents at all to mar the ritual.

The Jamarat area has been raised to four stories providing more space for the pilgrims to use.

The Ministry of Hajj and Umrah prevented throwing stones from 2 p.m. to 6:30 p.m. which has helped relieve the overcrowdedness.

How GUS Winner Hector Oluwaseun Jobarteh Was Assassinated In His Home In Lagos
Wizkid Sick!! Singer Cancels Shows As He Talks About Death On Twitter