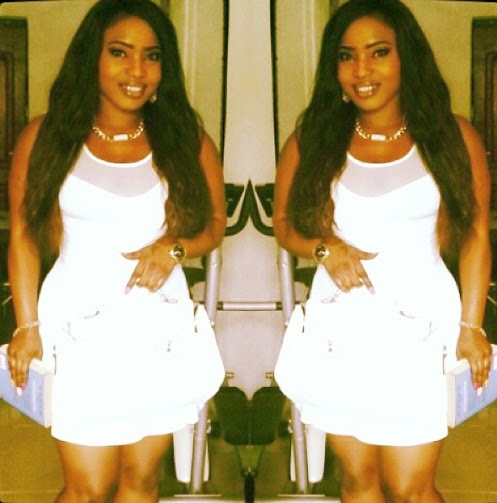 Nollywood actress Halima Abubakar recently chatted with Encomium where she talked at length about her bitter romance experience.

The actress confessed that she broke up with her boyfriend for the 2nd time last year.

“I broke up with my boyfriend and I didn’t handle it well. Not me alone, we both didn’t handle the situation well. But you know I am a woman, we all react differently. To some people, they can just take a drink and sleep off. And that’s the end. They don’t have anything to think about.

“But I just realized I loved him deeply. I didn’t think I was that romantic. I thought it was the Django, Rainbow or Odechi (laughs) thing. So, falling in love was kind of something new to me. Then, having problem upon problem about it until it ended up in a major breakdown,” .

“It happened first in December 2013, and we came back in 2014. And we broke up again which led to the whole thing. He didn’t even know, I am sure he couldn’t even believe I was in love with him to that extent. That’s why.