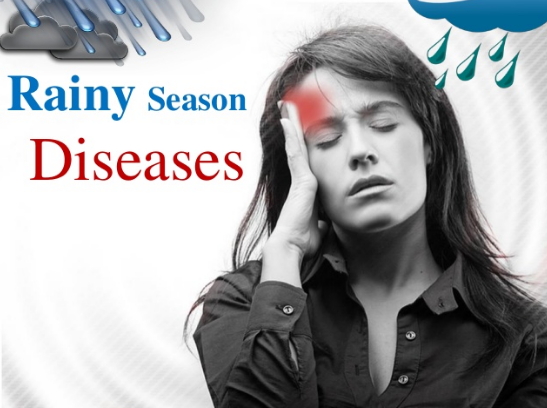 The cold season is around corner and as usual, it comes full loaded with cough, cold, running nose,etc.

The best way to overcome this season is to eat food that can boost your immune system.

To protect yourself from infections common in any wet season, eat food that can boost your immune system to fight fungi, bacteria and virus, and help your body cleanse toxins.According to traditional practitioners, the rainy season is a break from hot temperatures, and with it comes the perpetual sneezing, runny nose fluid, swollen throat, and painful cough, called common cold.

But did you know that common cold cannot be cured or prevented by antibiotics, because it is caused by a virus? In fact, using antibiotics to treat cold inappropriately can damage the immune system and make one more susceptible to other sicknesses.

But there are some provisions by Mother Nature, such as teas that come handy during this time of the year. So, also, are strong flavour of foods, such as garlic, ginger, horseradish, onions and cayenne pepper; when they are eaten raw, they do not only boost the body’s immunity but also knock off infections. These can be made into tea as well.

Mrs Alabede said eating ginger and more garlic this season could be the best thing one could do. She said with its anti-bacterial, anti-fungal and anti-viral properties, it is evident that this immune-boosting herb is nothing to turn the nose up to. And it is suspected that the chemical compound – allicin in garlic – is the main one inhibiting growth and even killing the germs.

To enjoy the benefits of this natural remedy, professionals say one can eat one bulb of raw garlic daily. But, don’t be discouraged, even if cooked, it still provides benefits. ‘’Garlic is well known throughout history as a food that fights infections from bacteria and viruses. Allicin is one of the immune-stimulating nutrients in garlic that is released when you cut, chop or crush the cloves. Garlic stimulates the activity of immune system cells that destroy cold and flu viruses,” she explained.

Another is onion. It contains quercetin, a nutrient that breaks up mucus in your head and chest, boosting the immune system. When the smell of raw onions makes your nose run and your eyes tear up, this stimulates your immune system to fight infection. ”Onions also contain allicin, which slows down and kills various viruses and bacteria. The pungency of onions increases your blood circulation and makes you sweat. This effect is helpful during cold weather to prevent infections and to sweat out a cold or flu. Consuming fresh raw white onion within a few hours of the first symptoms of a cold or flu is when you’ll get the strongest immune effect,” she said.

She said: “So, also, is ginger. It reduces fevers, soothes sore throats, and encourages coughing to remove mucus from the chest. The chemicals shagaols and gingerols in ginger give it that spicy kick that stimulates blood circulation and opens your sinuses. Improved circulation means that more oxygen is getting to your tissues to help remove toxins and viruses.”

“This pungent food encourages you to flush out infected fluids through sweat and increased urination. Horseradish is known to stimulate your lungs to cough out mucus from colds and flus while heating up your body. This powerful plant is also an anti-bacteria, which prevents other diseases, such as sinus infections from taking hold while you’re sick. “

He said: “Cayenne pepper contains the chemical capsicum, a source of vitamin C that aids your immune system in fighting colds and flus. The powerful effect of vitamin C comes from bioflavinoids that help your body produce white blood cells, especially the white blood cells of your lymphatic system that cleanse your cells and tissues of toxins.

‘’It is full of beta carotene and antioxidants that support the immune system, helps build healthy mucus membrane tissue that defends against viruses and bacteria. Spicy cayenne peppers raise your body’s temperature to make you sweat, increasing the activity of your immune system. The chemicals that give these hot and spicy foods their kick are also responsible for their immune boosting power. These foods act as antiviral remedies, enhancing your immune system, making it easier for your body to fight viral infections.”