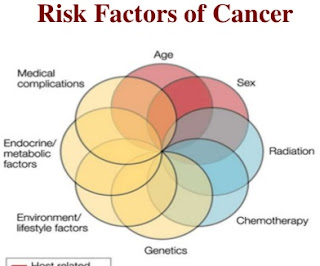 Perhaps, there is no other class of illness in the entire medical practice and current medical knowledge, save destructive pestilence, that strikes a lightening fear into human mind as much as cancer. It’s no speculation nor a child’s play that cancer is a dangerous and deadly illness wherever the diseases occur in the entire human body. While it needs not be so, the mere mentioning of cancer tends to be interpreted as a death sentence upon the sufferer. Nonetheless, cancers can both be prevented and treated especially if caught early.

In the series of articles to follow, we will take a look at cancers in women starting from the commonest forms of cancer in females. In the midst of the gloom called cancer and regardless of how we all see cancer as being lethal, a lot of cancers are preventable via changes in our human behavior, undertaking vaccination, modifying our nutritional conducts, doing regular medical checks and other measures.

In general, let us begin our quest with what causes cancer in general. When we have dealt with the causes, we will then go on to consider cancers that are peculiar to women: these are often called gynaecological cancers. That said, men and women do share some common cancers such as cancer of the skin, lungs, liver, colon, stomach, bladder and many cancers in different part of the body.

Causes of cancer, in no particular order;

Environment: Radiation from the Sun (causes cancer of the skin), radiation from artificial or man-made objects such as exposure to say nuclear sites may cause cancers • Nutritional imbalance and poor physical activity: Cancer of the colon can result from lack of consumption of high fiber diets.

Infections: Viruses have been implicated in many cancers. Example, cancer of the cervix in women is linked to human papilloma virus. Cancer of the face or jaws in children, cancer of the blood, cancer of the liver (linked to viral hepatitis) to name a few are linked infections. Same can be said of the cancer of the throat, stomach and anus.

Chemicals and carcinogens. Some cancers can occur when we exposed to some deadly chemicals or when we are in contact with wrongful chemicals in food, air and water. Some professions such as a printer who frequently deals with some kind of paints may risk cancer of bladder as much as some rural dwellers who are infected with the worm that is found in water.

Life events: Yet there are some events in life which may not necessarily be our fault. Such events may ultimately aid the occurrence of cancer. Example, it’s known that a woman who breast feeds her children may benefit by not developing cancer of breast. Not having children with long term exposure to female hormone called estrogen are risk factors in causation of cancer of breast and endometrium. Too frequent ovulation without the benefits that is provided by many pregnancies may also be a factor in causing cancer of the ovary.

In general, our life habits, may lend itself to cancer: example is what we eat or what we don’t eat and drink such as red meat and alcohol, the exercise we failed to take, the weight that we should not have gained, the sex we should not have had and our failure to follow natural order of living.

As I mentioned earlier, some cancers are preventable. Though I will be dealing with each preventive measure when we get to individual cancers that we may be discussing, suffice to say that, early vaccination of boys and girls against human papilloma virus can prevent cancer of the cervix, anus and throat in respective genders. Vaccination against hepatitis B can prevent against liver cancer. Prompt treatment of viral infections can help us overcome cancers. Good nutrition devoid of heavy alcohol use may prevent cancer of the stomach and of the gullet.

As we now focus on specific cancers, we will cover cancer of the breast, cervix, endometrium and cancer of the ovary: that is not to say that cancer of vagina, vulva and Fallopian tubes don’t occur, the fact is that they are not as common as the other gynaecological cancers.

Continue Reading
You may also like...
Related Topics:Cancer, contribute, factors