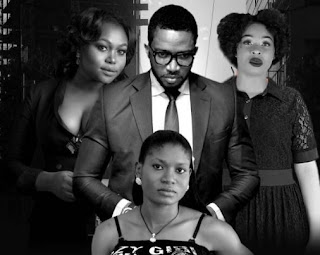 The distributor of one of Nollywood’s highly anticipated flick, Heart Beats is set to released the movie into cinemas.

Come Friday the 13th of October 2017, the movie projected to make N50million at the box office will be showing in cinemas across the country. 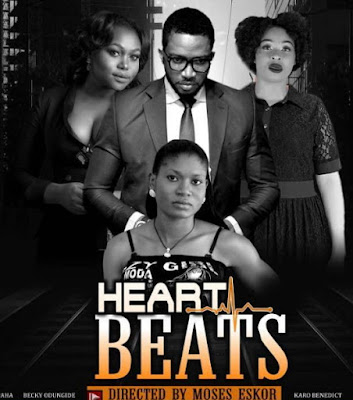 In ‘Heart Beats’, Mr. Michael (played by Frederick Leonard), a brutally heartless husband reduces his wife, Thelma (Ruth Kadiri) to nothing in an open show of violence; Rosslyn (Sedater Saviour), Thelma’s younger sister will always be that moral foil thickening each plot to its warm as Nancy (Favour Puskas) becomes handy as the deus ex machina.

In the film, not only is the subjected matter of domestic violence and “home abuse” in sub-Saharan Africa done justice in such unprecedented manner, it also does good to wake up victims of the menace to speak out and seek help in time in such a way almost never told before.

Based in California-USA, FAJO Productions, headed by Favour Puskas, is the production company for the film. They believe that the film will make huge box office success as Cinema Screens, Silverbird, FilmOne, Metro among others warm up to the screening of the film from October 13, 2017 across Nigeria.

On the other hand, Eskor, the director of the film is popular for his previous efforts, including ‘Bridge of No Return’, ‘My Love My Fate’, ‘Broken Scepter’, ‘Banana Girl’, ‘German Husband’, ‘The Missing Princess’, ‘Iso Joeover’, ‘Asari’, ‘Landlord’.

See How John Dumelo’s Fan Finished Joselyn Dumas For Her Look In This Photo
Tonto Dikeh Delivered By CSection & Didn’t Lose Any Pregnancy, She Is A Violent Woman – Ex-Husband