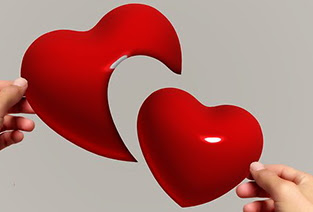 With her head pressed tightly against her pillow, shedding warm tears that literally deluged her pillow, she cried all night, engaged in a pity party; asking God why her parents would call it quits – a once blissful marriage. She now feels a void, one that needs to be filled urgently before she loses her mind; she feels empty, finished and dry.

First, it was an introduction; a seemingly harmless remark of “how are you?…my name is Femi!”. In response, she gives a restrained and innocuous smile out of courtesy, and tries to add the formal appellation of “Mr…” before returning the pleasantry. But quickly, like a predator that stealthily and hastily latches onto its unsuspecting prey, he interrupts and says – “please simply call me Femi.” She holds back her smile again and said…“ok then, Femi…it’s nice meeting you!”

The breakout session was over, and everyone was required to congregate back as an audience and maintain their sitting arrangement. She politely excused herself and went to have a seat. From the corner of her eye she could see Femi…sorry, Mr Femi, staring at her; his head tilted almost permanently towards her direction.

Femi was seated four seats before her (on the same row). She could hardly concentrate on the topic being discussed by the facilitator; all she could think about was how brazenly smart and articulate he was during her first encounter with him. Femi is the quintessential ladies’ dream-guy; he had the built (tall and sturdy) that most ladies delight in, skin tone that resonates between fair and chocolate, a baritone voice that literally reverberates and echoes in the receptacles your subconscious minutes after he has spoken, a clean low-cut with a well-trimmed goatee.

Taking a cursory dive into a “not too distant past” of Amarachi (yes, that’s her name), say a year ago, you would see her pressing her head tightly against her pillow, shedding warm tears that literally deluged her pillow. She cried all night, and engaged in a pity party; asking God why her parents would call it quits – a once blissful marriage.

She just turned twenty one, and was returning home after the completion of her one-year compulsory National Youth Service Corps (N.Y.S.C) program to her fatherland. Her steps were literally prancing, springing and pouncing as she drew close to her family house; in fact, she was barely six feet away from the gate when she raced into the house hoping to receive an overwhelming shower of love and warm embrace from her dad and mom; she is an only child.

Her infantile excitement quickly turned sour and sore as she beheld an abusive scene of her father bludgeoning and pummeling down on her mom; his big fist tightly clenched and dashing out unrestrained blows on her. She quickly rushed to separate the duo before her father gives a KO (Knockout).

He had a brutal and bestial deportment and demeanour; a side of him she had never seen before. Her mother laid on the tiled floor drenched in tears, sweat, and something that looked like blood…Oh no…it was her blood. The situation was critical, but thanks to the swift response from the state ambulance service unit, her mom was rushed to the hospital and was operated on quickly. After two weeks she was out of the hospital.

Ever since that unfortunate incident, her once congenial and loving family had morphed into a house of commotion…heck!, a house of conundrum and confusion. Every day in the house was like a typical sad and depressing scenery from a classic tragedy movie…an unending saga of bitter and tempestuous relationship between her parents.

The last straw that broke the camel’s back was when her mother filed for a divorce, and her dad in his usual egoistic machismo bragged about his foray into adultery and how he regrets ever laying eyes on his wife.

Now they are divorced. Amarachi shuttles incommodiously between her mother’s newly rented apartment and her father’s house. She lays flat on the bed, her eyes looking up at the ceiling; her thoughts receding to the good times they once had as a family; like a transient smoke that quickly disappears into thin air, those times have become nothing more than empty memories…forever buried in the annals of history…her history!

With her head pressing tightly against her pillow, shedding warm tears that literally deluged her pillow, she cried all night, and engaged in a pity party; asking God why her parents would call it quits – a once blissful marriage. She now feels a void, one that needs to be filled urgently before she loses her mind; she feels empty, finished, and dry.

Fast forward into the seminar hall where she is conveniently seated with other participants, and of course, the charmer – “Mr Femi”.