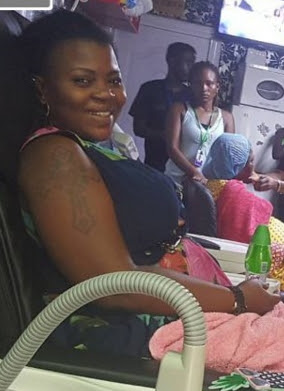 Before now, Nollywood actress Bimbo Thomas’ pregnancy story was considered a mere rumour but the latest photo of the actress has confirmed the report.

She was spotted yesterday at a popular Spa in Surulere Lagos.

Miss Thomas was seen pampering herself at House of Freeda .

Check out the expectant mother flaunting her baby bump as she smiles graciously to the camera. 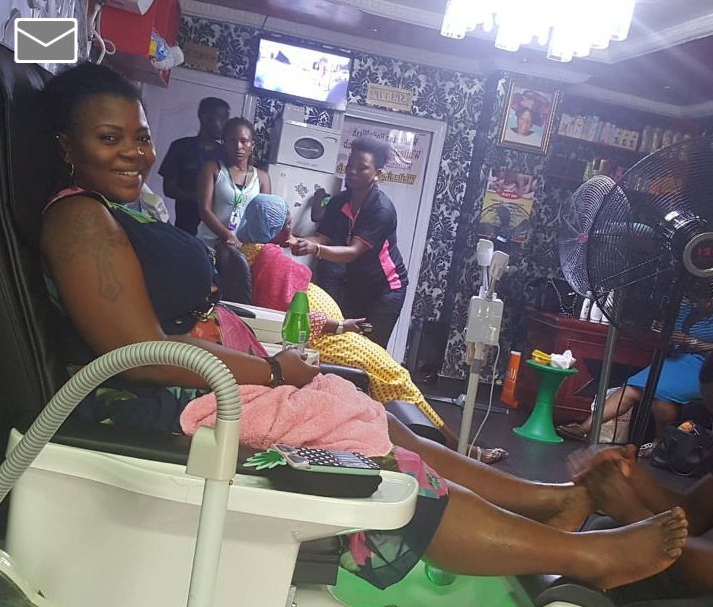