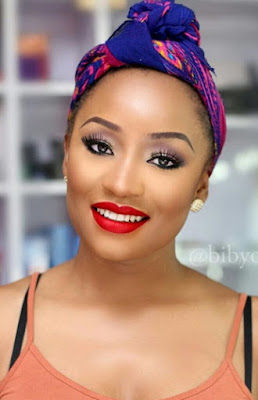 Tell Us About Your Background

I’m from Mbaise in Imo State, but was born in Newham, East London. I attended, Galleywall Infants School in London, came to Nigeria and attended Baptist Girls College, then returned to London and attended Lewisham College and finally University of Greenwich where I did a course in Business Information Technology.

Mention some of the movies you have featured in and that brought you to limelight. I’ve acted in several movies since joining Nollywood and not quite sure the one that brought me to limelight. I’ve been in many films including my own production, ‘Remember Me’, ‘One Last Word’,’ Being Mrs. Elliott’, ‘Weekend Getaway’ and ‘Last Flight to Abuja’.

You recently produced and also starred in your own movie which just premiered. Can you tell us a bit about this movie? It’s a film about corruption. It deals with a subject that affects the world. It’s a film with a message about accountability and transparency.

You are one of the youngest producers around. What made you to go into movie production? It’s only natural to want to move on in your career. I didn’t want to constantly be at the mercy of producers and only get contacted when I am needed. It’s about providing a job for myself and advancing with my career.

How did you source for the funding of your movie ‘Remember me’? The film was funded by the Ford Foundation.

Have you always wanted to be an actress? Yes, for as long as I can remember, it has always been my dream.

You virtually lived and grew up in the UK, what was life like there for you and why did you decide to come back to Nigeria to be an actress? Growing up was fabulous, it shaped me into who I am and the professional woman I have become today. Living and working in the UK makes you extremely independent and sometimes unconsciously you find yourself doing everything by yourself even when you have help available. I moved back to focus on acting in Nigeria because making an entry into the entertainment industry here isn’t as bureaucratic as it is in the UK.

You have had a fast growth in Nollywood, landing juicy roles in blockbuster movies and now a movie producer. What do you think gave you the push?

I’m extremely ambitious and I like to work. I believe with every career there’s a next level. So I felt after being an actress for a while, I wanted to move on to what was next and producing was it for me.

Are you in a relationship, if so can you tell us a bit about him?

Nope, I’m not in a relationship.

What is your life philosophy?

Go out there and get it because nobody is going to hand it to you.

Where do you see yourself in five years’ time?

I see myself married, have kids, still producing and acting.