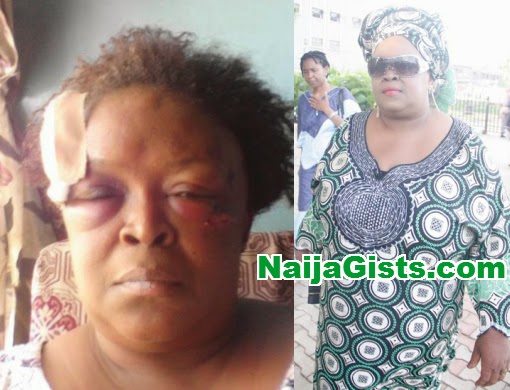 Henrietta who has been battling diabetes secretly since 2005 reportedly fainted at her home in the early hours of today Monday the 6th of June 2016.

She was rushed to the hospital by her people.

Henrietta Kosoko died about an hour ago.

According to family sources, the Nollywood actress who clocked 53rd last month has been battling fluctuating blood sugar level since last Monday.

At a point Doctors referred her to specialist Hospital abroad but because she doesn’t have that it in plan now, she believed God will heal her.

A source who called NaijaGists.com few minutes ago said Henrietta was trying to make a statement before she slipped into a coma. She was rushed to the hospital but sadly she couldn’t complete the statement because of her condition.

The source said she gave up the ghost around 2pm this afternoon at an undisclosed hospital in Lagos.

May her soul rest in peace and may God comfort her loved ones.