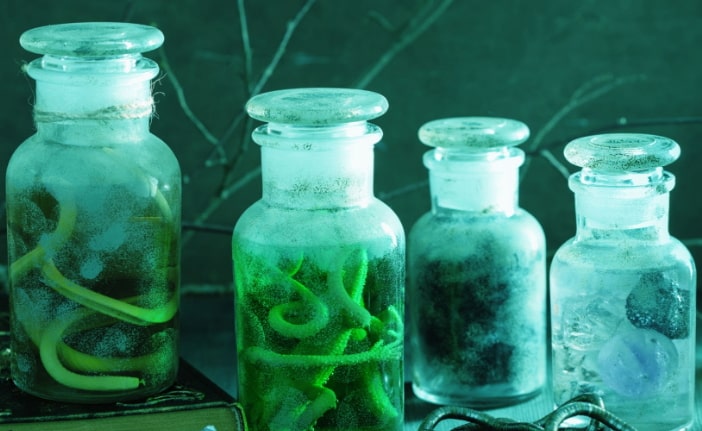 How A Herbalist Invented Natural Disinfectant That Kills Ebola Virus

Fleas hover around the rat colonies, feeding on their blood and infecting and getting infected. Brown and grey rats avoid humans and prefer to live in ceilings, especially during the rain or snow or very hot weather. Black rats would rather live in kitchens. When the fleas no longer can find rats to feast on, they turn to humans. It takes between three and five days for the bacteria they inject into human blood to incubate and, in about 18 per cent of their victims, another three to five days before death occurs. Swellings first occur in the neck, armpits, thighs, and groin, all sites of lymphatic system lymphnode which filter the lymph (real blood) of toxins, indicating serious blood poisoning.

You cannot protect yourself well enough when your neighbours are careless with the way they dispose off their wastes, or cover their dust bins. When my ceiling was invaded by rodents, I tiled the pillars of the house. When the could not climb them, they ate up the mosquito nets.

Even when I doubled the nets, the rats still ate them up. At that point, I did what China did… declared a state of emergency, bought only Titus fish, poisoned the offals and placed them in strategic locations in the house. Over three days, I almost fled the house. It made me imagine how European houses and streets would have smelled during the Plague.

There is always a surprise and blessing in any calamity. Four prisoners now known as the four musketeers brought the blessings of the Plague most likely, for the Ebola virus fever era.

Because the Plague was highly contagious, prisoners were assigned the job of burying the corpses as little or no value was placed on their lives. Many prisoners contacted the Plague and died. But four who worked as a group did not. They became known as THE FOUR MUSKETEERS. They would enter the homes of Rich people who had died or were dying, and steal cash, gold and light weight but expensive property. Soon, they were arrested and brought before a judge. The judge gave them an option of their freedom if they would tell why they seemed untouchable by the Plague. Their secret, divulged to the judge, was this … the mother of one of them was an herbalist.

She made for them an anti-contagion potion which they drank and rubbed on their bodies as a sanitiser before every outing. The anti-contagion potion contained anti- microbial such as Apple Cider Vinegar, Sage, Garlic… The information brought back to memory, in the few past centuries, made these natural anti-microbials popular traditional medicines.

This is the blessing I imagined the Plague calamity may have left behind for the present time. It tells us something… that the immune system is critical to human survival in a world we inevitably share with antagonistic and unfriendly microbes.

Who can beat with kid gloves the dynamism of a germ which can replicate itself or divide itself into more than one million parts within one hour? Yet we are confronted by thousand folds species of these germs every hour wherever we go, when the average adult human body possesses no more than 100 trillion cells, including immune system cells!

We do not have to wait until there is fire on the mountain or in the roof. The following hints may support the doctor’s advice and measures.

We should eat to boost the immune system. The reason two persons are exposed to germs which floors one but do not touch the other is a weak or a strong immune system. A cube of sugar is said to ” disarm” the immune system for six long hours. Imagine the six or seven cubes in a bottle of so- called ” soft drink”. That’s a whopping three-day off seasons or longer!. Bitter foods stimulate the immune system and the liver.

Many of these are anti-microbial, digestive, anti inflammatory and immune stimulating. There are more than 100 of them. There is no plant without it’s own oil which plays significant roles in it’s life. We are meant to consume them for our benefit.

One of the final and terrible presentations of Ebola, like Dengue fever, is massive internal hemorrhage (bleeding). Pawpaw leaf has been shown to stop hemorrhaging through production of more blood platelets which guard leakage points to stem blood loss. Besides, the juice of this leaf contains all the digestive enzymes which, taken on empty stomach, can be used by the immune system to fight pathogens. It can, therefore, serve a great role in enzymes therapy. Its high PAPAIN content will easily digest exogenous (extraneous) protein, the class to which the protein of Ebola virus belongs.

This is one of mankind leading anti-viral plants. It has played significant roles in putting the HIV disease under check in many cases. This may be combined with such proprietary blends as Amazon A-V, which is a group of anti-viral plant extracts, Amazon A-F, a group of anti-inflammatory bacterial and anti-candida plant extracts. It is good to focus not only on viruses alone also on bacteria, fungi and candida because a large population of them may bog down substantial immune capacity and leave the system without enough energy to face Ebola virus.

“Calm down”, as young people say in stressful conditions. This name is not a thunder clap. I will unmask the masquerade in a short while. I first heard of the medicinal properties of this leaf in 1994 when my wife had our last child at Duro Solaye Hospital, on Allen Avenue, Lagos. Like his brothers, he came with neonatal jaundice, the traditional management of which I had become some what aware of. I removed all beverages and glucose formulas from the new mother’s side table in the ward and replaced them with flasks filled with marigold tea and mild Aloe vera powder tea. Both stimulate the liver. From the breast milk, the baby picked it up.

In neonatal jaundice, the baby’s liver is too weak to conjugate bilirubin, the yellow component of red blood cells breaking up. An abnormallyhigh level of bilirubin may cross into the brain and damage it, making the baby become a “vegetable” for life. If the baby’s tummy ran on the Slow and Marigold teas from the mother’s breast milk, a dilution is advisable. Soon, my son’s jaundice cleared. But I could not offer the recipe, for understandable reasons in an hospital environment, to a mother in the opposite bed whose baby had three Exchange Blood Transfusions ( EBTs). In an EBT, some of the blood is removed and replaced with some of someone else’s blood.

People who know the spiritual consequence of this do not approve of it. This woman obtained the voluntary discharge of her baby and herself. No one expected to see them at the first post-natal clinic weeks after.

Meanwhile, she took the baby to her village in Epe, Lagos State of Nigeria where the leaf of Thaumatococcus Daniellii  (Sweet Prayer Plant aka Miracle Plant) was routinely boiled and the water extract fed to the baby.

At the first post-natal clinic for babies born that time, this baby was one of the most developed and healthiest!