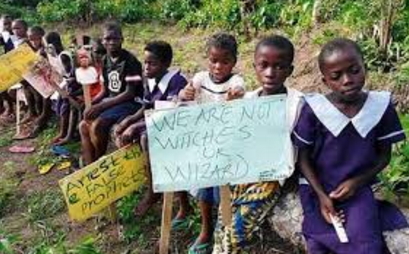 All Children Charity International Foundation, a Kano based Non Governmental Organization has raised alarm on the high rate of child abuse cases in Nigeria.

The director of the NGO, Ranti Daudu said today that the issue or religion and strict cultural practices should be addressed to reduce the trend.

According to her, people capitalise on cultural and religious beliefs and practices to perpetually keep the children silent when they are being violated.

“Violence against the child is somehow related to cultural practices.“Children are being violated by elders, but they cannot say anything out of fear and because they are expected to respect their elders.
“It is a good thing to respect elders, but it is becoming part of the extension of violence against children, as elders are taking advantage of that to abuse children.
“Even religion has also been used to keep the child quite.
“A three-year-old girl was raped to death in Kawo, Kaduna, but the parent said no, we won’t prosecute the offender, we leave everything to God. This is a serious cause for concern.”

She urged parents, teachers, community leaders and religious leaders to rise up and challenge this ugly trend.