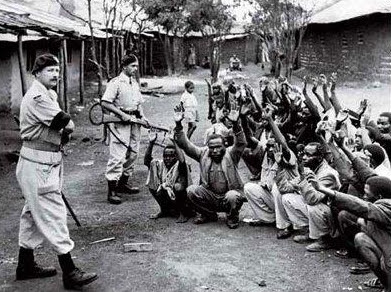 August 12, 2013 – History Of Deportations From Lagos & Other States In Nigeria

For the records, here is the history of deportations that took place mainly in Lagos and other states in Nigeria dated back to 1889. 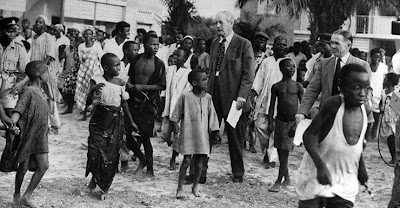 Deportation of poor people and criminals started in Lagos in the 1880s.

Though it happened in other Nigerian states, it’s mostly common in Lagos.

King Jaja was from Igbo extraction. He was believed to have been born in Amaigbo in the present day Imo state of Nigeria. He was later enslaved during the slave trade era and ended up in Bonny in the Niger Delta area. Although he was a slave, he became a member of the Anna Pepple House. Anna Pepple House was a political cum economic structure where some group of individuals within Bonny established a common understanding towards advancing their common business goals and interest. He was able to work up the ladder in the Anna Pepple House because of his well known and dynamic trading capability. 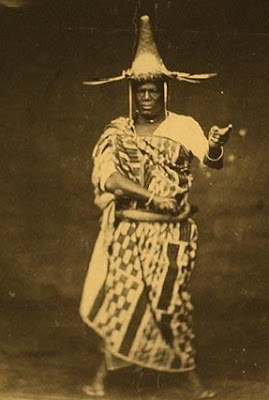 King jaja in his Juju wear.

He later became the head of the House. Under Jaja, the Anna Pepple House became very wealthy. This growing prosperity became a thing of envy from the rivals. To avoid and conflict because of the envy, Jaja pulled out in of the Bonny area in 1869 taking with him more than half of the components of the Anna Pepple House. He found a new coastal settlement named Opobo not too far from Bonny.

The establishment of Opobo settlement and its location gave Jaja the upper hand in the control of palm oil business between the hinter lands of what is known today as Nigeria and the Europeans that came in the Coastal area. Jaja controlled firmed palm oil market of Igbo, Ibibio, Efik etc with is position as a middle man. Within a very short period, Jaja became the most powerful and the richest ruler in the Niger Delta area.

In the early stage, the relationship between Jaja and the British was very cordial. For instance by 1873, the British agreement with Jaja recognized him as a ruler of the area. By 1873-74 Jaja lent his soldiers to the British for expedition against the Asante in the present Ghana region. For this act, Queen of Victorian of England gave Jaja a sword as a gift.

This act annoyed the British. In 1887, Johnson who was the British Acting Consul for West Africa directed Jaja to allow the Europeans trader access to the hinterland. This directive was not adhered to by Jaja. By September of 1887, Johnson brought a warship named HMS Goshawk to Opobo and invited Jaja on board. He gave Jaja the assurance that nothing will happen to him. When he went onboard, he was given two bad choices by Johnson. One was that if he would not allow the Europeans access, he could go back and face immediate bombardment from the British navy. The second was that he should give himself up to be taken into exile. It was very difficult for Jaja but in other to save Opobo and his people, he chooses the exile option. He was first sent to Accra where he was tried and later sent to the West Indies in 1889.

King Jaja of opobo died in 1891 on his way back to Nigeria.