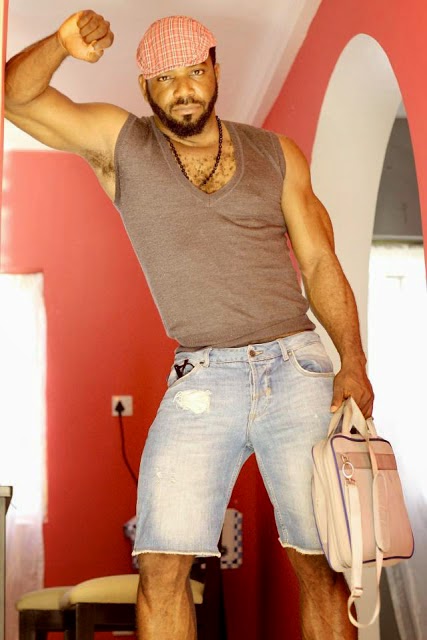 Another openly gay Nigerian celebrity living with infectious Sexually Transmitted Disease, HIV, Kehinde Bademosi popularly called Kenny Brandmuse has opened up days after another Nigerian gay, Bisi Alimi admitted that he is still living with HIV since he was diagnosed in 2004.

Kenny Bradmuse, a brand expert has been living with HIV since 1999.

He took to FB yesterday to encourage others like him living with the killer virus.

Mr Bradmuse told them to enjoy their time on earth instead of casting blames on others for their predicaments.

“These three things I pray in 2015: that we live our lives above dogmas imposed upon us by people who do not exactly walk in our shoes, that we overcome every stigma cast upon us because of things we honestly cannot do anything about. ( Take the shame away from your game.

Too bad that failures happen but we have to make the next seconds count instead of blaming others or blaming ourselves ) Finally, that we enjoy the beautiful things of life, like ice cream and hot Agege bread- as little as we can afford. Yes, learn to celebrate the little things in a big way. #Live”

Question of the day: Why is HIV prevalent among homosexuals???