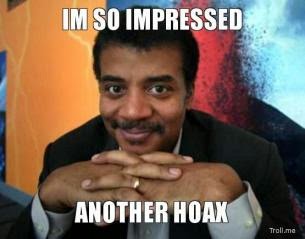 There is an ongoing hoax in the Nigerian media about a 7-year-old girl who called out some Nigerian pastors that are going to hell.

The hoax disclosed that a girl named Iretioluwa Ifedayo did an interview with Punch last week and said Jesus appeared to her and gave her names of some pastors who will not make heaven because of their sins.

NaijaGists.com scam buster got to work and wrote Punch NG to get more on the said interview, we also checked through a list of their interview to see who the mystery girl is but ALAS! it’s a hoax.

So if you come across this unconfirmed report on any site, just ignore it, it is a form of propaganda by a faceless individual trying to get his message across the wrong way.

Here is the report going viral:

For those who are fans of some of our biggest pastors, this may seem funny but it could be true.

Seven year old Iretioluwa may seem like every other child her age but her spiritual declarations have being daring creating around her an extraordinary air.

According to her mother Jesus appears to her daughter and reveals to her a lot of things.

When Iretiola asked that Punch newspapers were called for an interview with them, it didn’t seem like a

clear call at first but according to the editor of punch, he realized it was a Divine call with a Divine

response after having heard the full gist of the revelations.

According to Iretiola, the Lord and Savior has asked her to declare to Pastor **** the pastor of the

**** church that he cannot make heaven. Though he started very well in spite of his works, he has compromised. “He has missed me a long time ago. I am only honoring my name in his life.

He no longer has a place in me. Tell him to go back to his first love and drop every load of compromise

missed it a long time ago. Tell him what will profit him if he gains the whole world and end in hell fire.”

double life. He knows the stone in his hands. Tell him to drop them if he must enter heaven. He has to

live a complete life of holiness.”

“Ayo **** is not my servant. He has gone astray in the pursuit of fame, power and money. Warn

him to repent before he ends where his boss is.”

“T.B. ***** is an advocate of Satan in Nigeria, he has sold his soul to the devil and he knows hell is

“Chris ***** made a vow to Satan and he has succeeded to win souls for Satan. He is the front runner of the new age teachings in the world”.

The report ended with:

Many pastors that hoist flags of different churches know why they are doing so. Beware of such. Evil altars have reached alarming rate in Nigeria.

Beware of hoax! This is definitely one of them.

Punch didn’t grant any interview to any Iretioluwa Ifedayo.

NaijaGists.com discovered that the story was made up by one Apostle Emmanuel Obazele in Germany who is very upset with the way some Nigerians pastors are deceiving their congregations.

His biggest issue is with those who own private jets.

Different versions of this story is currently going viral online since Obazele shared it. Beware!