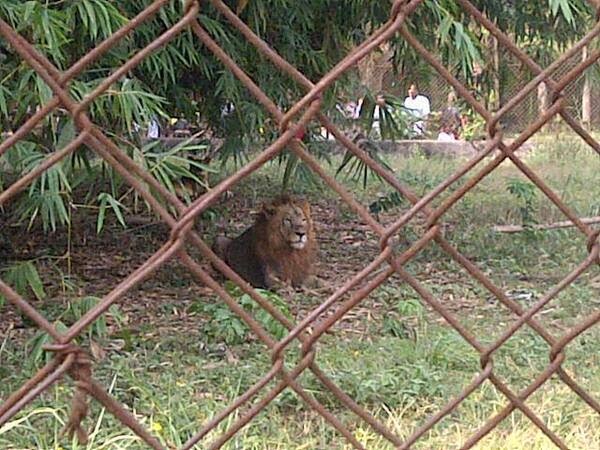 Y’all must have read the viral story of a lion that escaped from a popular Zoological garden, Nekede, in Imo state, please debunk the story.

Imo State Police spokesman Andrew Enwerem and the General Manager of the zoo have debunked the report.

The incident which was repeatedly announced over the radio, threw residents of Owerri into panic as they hurried home much earlier abandoning the usual busy drinking joints apparently to avoid been mauled by the escaped lion.

The radio announcement which was signed by the State Police Public Relations Officer, Mr. Andrew Enwerem , disclosed that a Lion had escaped from the Zoo and warned residents to be careful about their movement until the Lion was recaptured.

However in a bid to contain the stampede, the Police spokesperson, withdrew the earlier announcement as false, asking the people to go about their businesses without fear.

“We heard about the escape of the Lion and quickly sent a patrol team to the Zoo but on getting there it was discovered that the said Lion did not escape but it was just a false alarm from one of the staff who had been arrested”, Enwerem stated.

“it was a false alarm raised by one of the security men at night, no Lion has escaped. It is unfortunate people have been calling me from everywhere, we are deeply sorry for the panic it has caused”. – said General Manager of the Zoo, Mr. Francis Abioye