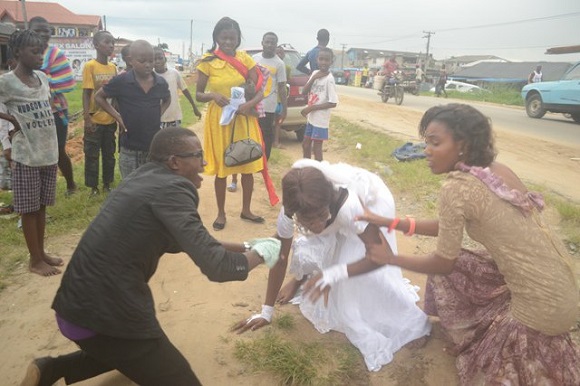 A hoax went viral on the social media in Nigeria today, NG is here to put a stop to it.

One of our fans said the photos were taken from the set of an upcoming movie being produced by a relatively new drama group in Delta State.

According to the viral report that went agog earlier today, the young woman below gave up on her marriage shortly after the couple arrived at the reception hall. 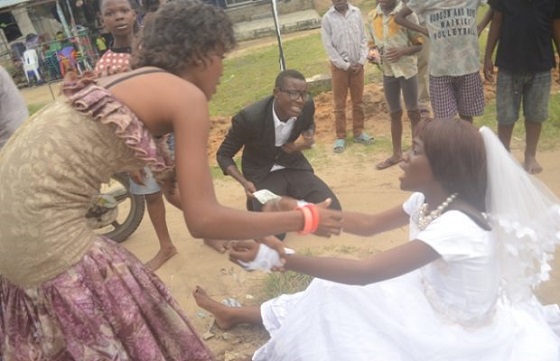 Her husband quickly gave her a hot chase when she took to her heels from the reception venue.

The drama happened at Udu LGA of Delta state.

Unknown to people, the husband and wife in these photos were paid to act the scene.

This movie producer need no publicity as the story has already gone viral with many blaming the groom’s family for tricking the girl into marrying an unemployed young man.

Here are more photos from the movie set. 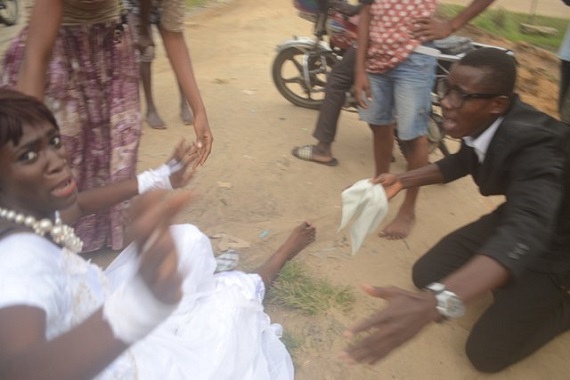 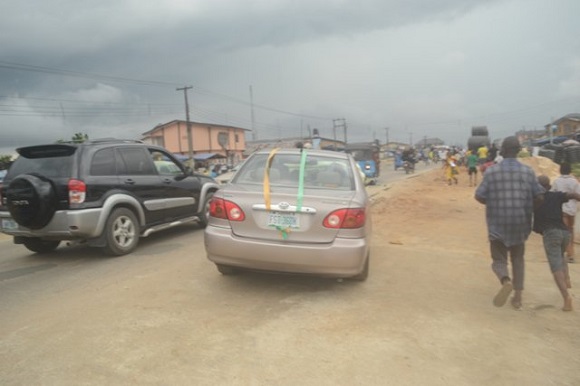 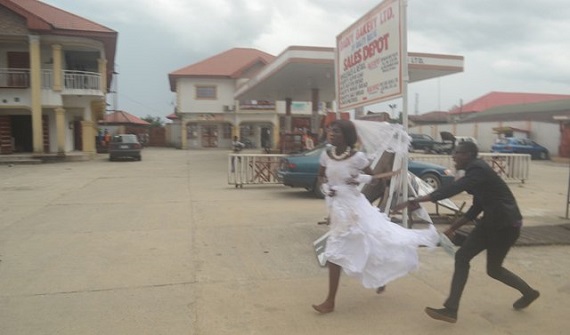